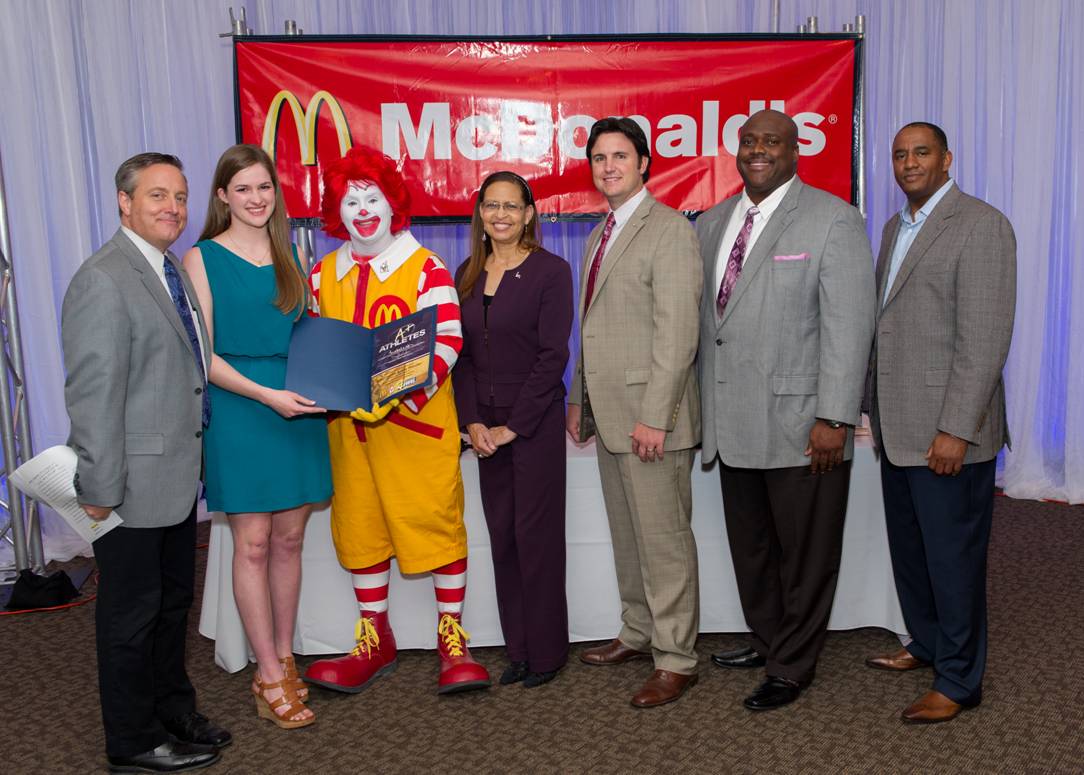 Senior Stephanie Reuter was among the honored local A+ Athletes for scholastic achievement, athletic ability, and overall community and school involvement. A $400 donation, in Stephanie’s name, was given to St. Mary’s Dominican High School by McDonald’s restaurants of Greater New Orleans to emphasize education’s critical role in today’s highly competitive world. Each student chosen as an “A+ Athlete” was interviewed by WWL-TV Sports Director Doug Mouton for a vignette that aired Sunday evenings during WWL-TV’s “Fourth Down on 4.”