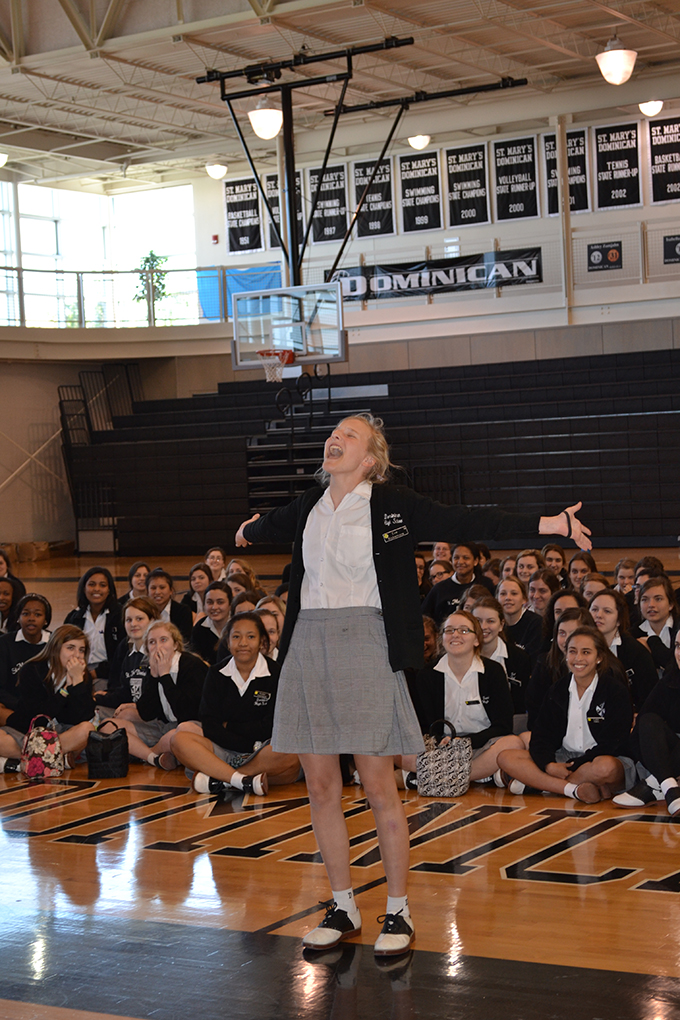 In advance of the annual Tennessee Williams Festival and their future studies of the playwright’s work, students competed in the school’s first Stella Shouting contest. Twelve students from the sophomore class delivered their best renditions of the Hey, Stella! call that was immortalized by actor Marlon Brando in the 1951 American film adaptation of Williams’ Pulitzer Prize winning 1947 play, A Streetcar Named Desire. Eve Blakemore (pictured) won the three judges’ scores for volume, clarity, emotion and believability. Dominican faculty member Randy Duplantis conceived the contest idea as part of an orientation to the playwright and add some festivity the week before exams.