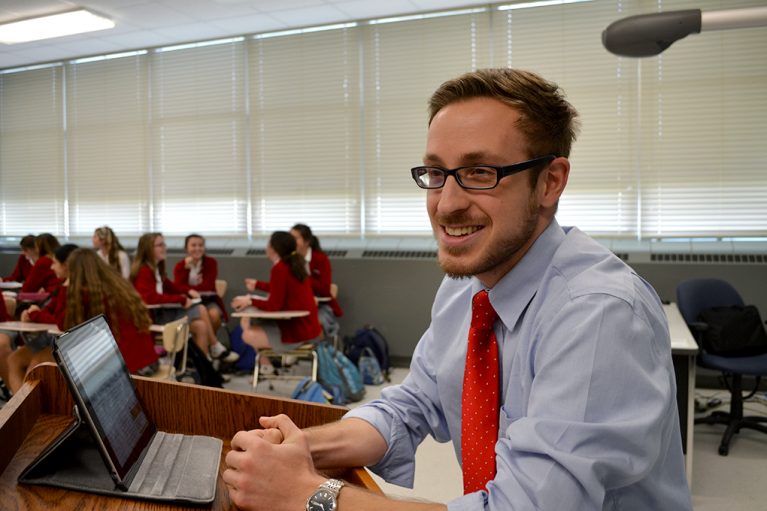 Throughout his studies Gonnella said he noticed the possibility of interdisciplinary contact between the two fields of study. “One could have a more fulfilled human psychology if one begins with a proper philosophical anthropology. In my theological studies, I was drawn to Aquinas, and in my psychological studies, I was drawn to humanistic/existential psychology, most notably in the figure of Carl Rogers,” Gonnella said.

“I wanted to find a way in which the two could meet as a theoretical whole, but it became quite clear that in spite of the potential collaborative relationship between the two, Rogers’ humanistic psychology was founded upon a false anthropology, which rendered his psychology incapable of addressing modern man’s condition. Eventually I made my way to Pope St. John Paul II and his beautiful synthesis of Thomistic philosophy and contemporary philosophy, and it was in him that I found the proper bridge to Rogers. More importantly, I found the proper antidote to Rogers’ false anthropology, and thus the essay was born.”