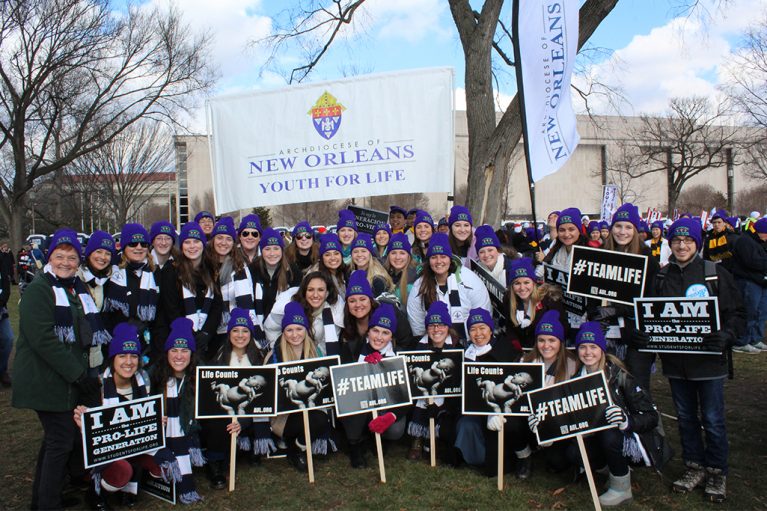 A delegation of 31 St. Mary’s Dominican High School students, accompanied by teachers and Pro-Life Club moderators Maria Bruce and Theresa Maquar, and religion teacher Mark Gonnella, joined hundreds of thousands of teens, children, adults and elderly for the annual March for Life in Washington, DC.  “Every Life Is A Gift” was the theme for the 42nd March for Life.

New Orleans Archbishop Gregory Aymond led over 2,000 young Catholics from Louisiana in prayer as they arrived in Washington, DC.

On January 22, U.S. Roman Catholic and Orthodox Bishops opened the March for Life rally with prayer at 12 noon, followed by the march to Capitol Hill and the Supreme Court.

Click here to see more photos from the trip! 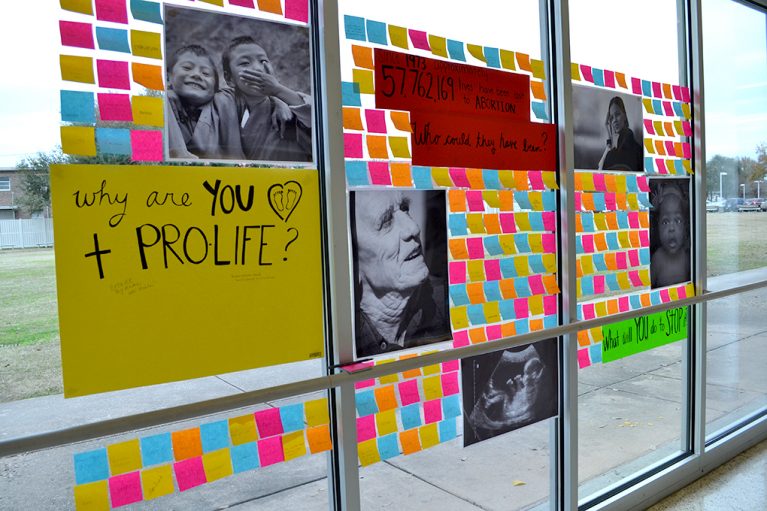 While her fellow club members were in Washington, DC, Brooke Duplantier, Pro-Life Club officer, created a mural to commemorate the 42nd anniversary of the Roe Vs. Wade decision that legalized abortion. The mural memorializes the lives terminated through abortion. Dominican students were invited to list reasons why they are pro-life and to write post-it notes listing what those lost lives could have been.