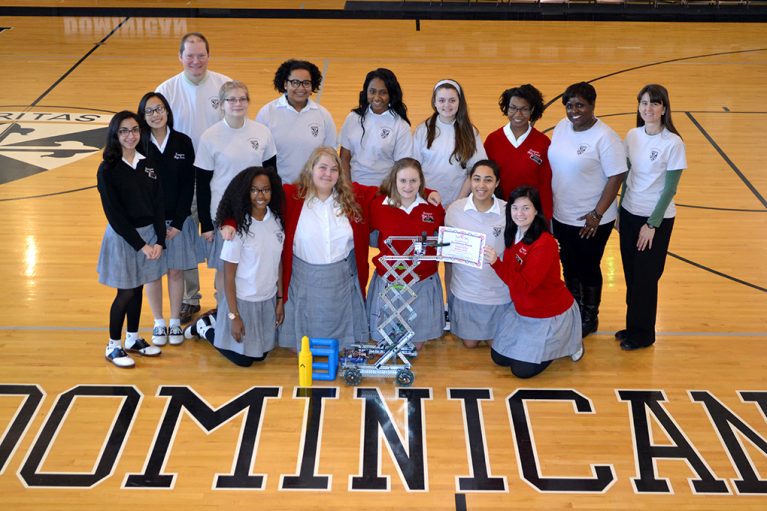 The Excellence Award is the highest award presented in the VEX Robotics competition. It is awarded to the team that exemplifies overall excellence in building a well-rounded VEX robotics program and is a stellar example of dedication, devotion, hard work and teamwork. Teams are given points toward the Excellence Award in the categories of Tournament Qualification Round Ranking, Programming Skills Challenge Ranking and Robot Skills Challenge Ranking.

This award secures a position for the team at the state championship that will be held February 28th at the University of Louisiana in Lafayette. Dominican’s senior robotics team was the only all girls team at the regional competition that drew 15 other top schools in the region. Team coaches are Crissy Giacona, Matthew Foss and Anjel Guitroz.