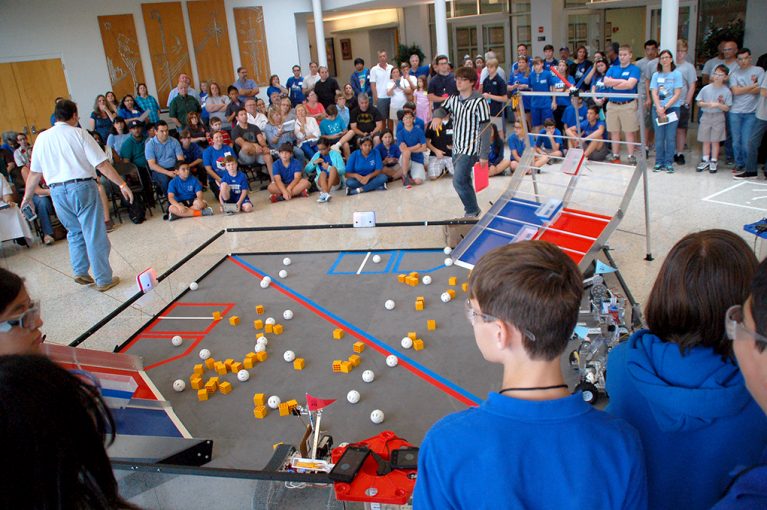 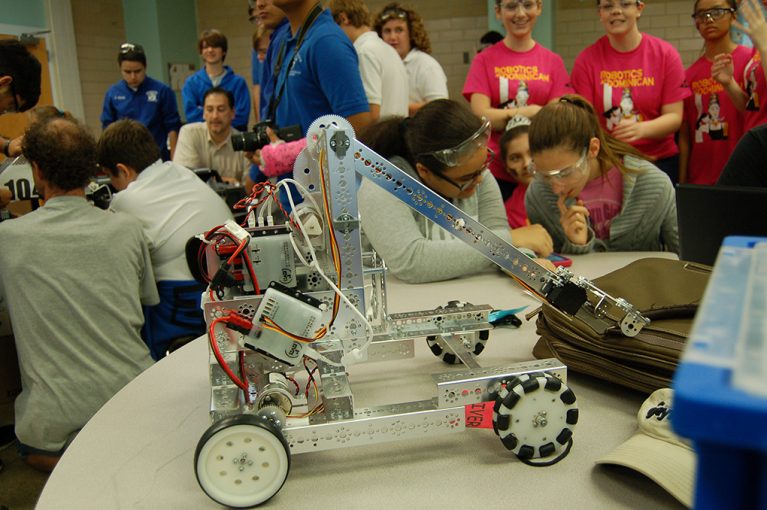 FTC is designed for students in grades 7-12 to compete head to head, using a sports model. Teams are responsible for designing, building, and programming their robots to compete in an alliance format against other teams.

Res-Q is the name of the game for the competing teams. The object of the game is to attain a higher score than the opposing Alliance by climbing the playing field’s Mountains, rescuing Climbers, alerting authorities with Rescue Beacons, and clearing Debris. Scoring Elements for the game are 80 Alliance neutral Debris in the shape of cubes and spheres and 14 Climbers. The game is played in two distinct periods: Autonomous and Driver-Controlled.

“The students had a great time and I know learned a lot by having our competition so early in the season,” said Dominican’s Robotics Coach and science teacher Crissy Giacona. “This will allow them to make adjustments to their robot and be more competitive at the next competition. I look forward to seeing how their robots evolve.”

“This was the first of many FTC league matches for the state of Louisiana. I think this robotics competition offers a fun challenge for our students, and I’m excited to be a part of its growth in our state,” shared Kyle White, Jesuit Robotics Team Coach/Moderator and physics teacher.