At the FIRST Tech Challenge (FTC) Robotics State Tournament, Dominican’s Robotics team moved into the semi-finals with an 8th place ranking. In the first round they were defeated by the #1 ranked team. Thirteen teams from across southeast Louisiana competed in the event. 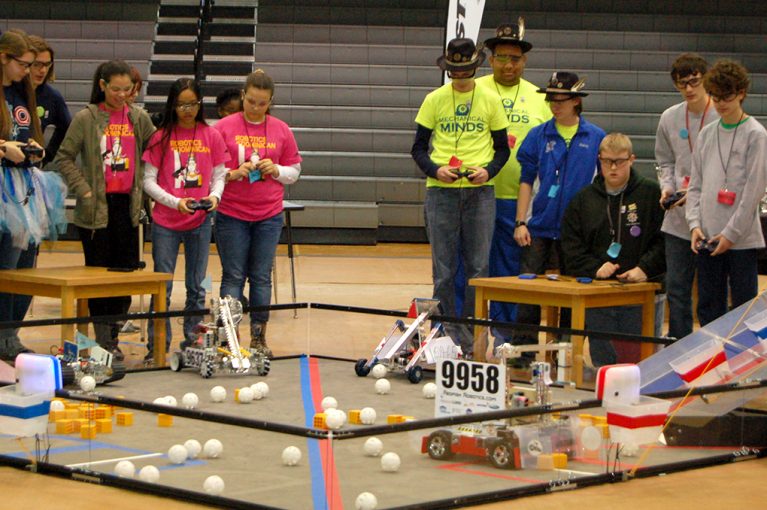 Dominican’s team was nominated for the Rockwell Collins Innovate Award that celebrates a team that not only thinks outside the box, but also has the ingenuity and inventiveness to make their designs come to life. This judged award is given to the team that has the most innovative and creative robot design solution to any or all specific field elements or components in the FTC game. 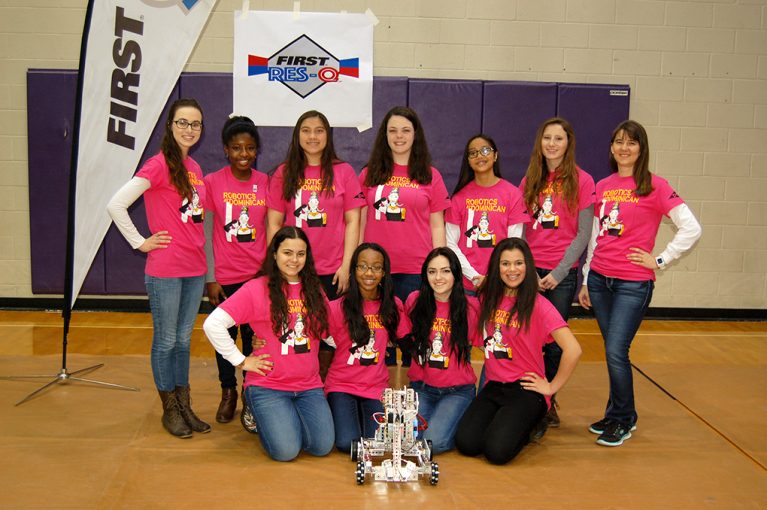 The day before the tournament Shari Schexnayder, a mechanical engineer at Dow Chemical and the company’s Reliability Leader of Site Infrastructure Maintenance, visited the team and shared advice about their robot. Thanks to DOW sponsorship, the Robotics Club has a First Tech Challenge (FTC) Robot. 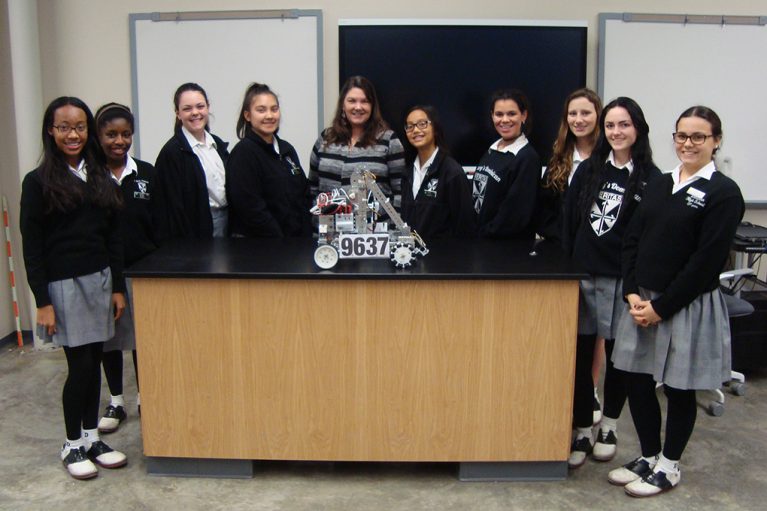