When the Pathfinder oceanographic survey ship USNS Maury recently docked at the New Orleans Port, Dominican’s FTC Robotics Team went on board for an informative visit to learn more about STEM careers and the ship’s operations. The Robotics Team learned how the ship maps the ocean floor and how their robotics programming skills can be used to program the underwater autonomous vehicles, called “Big Fish.” 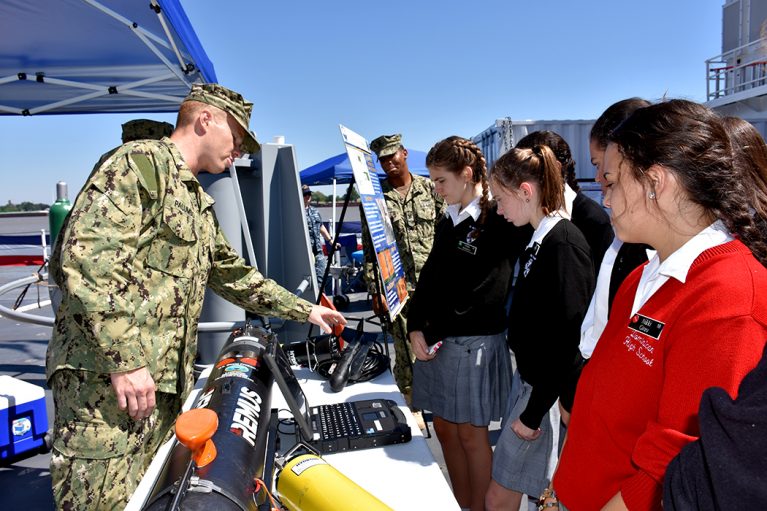 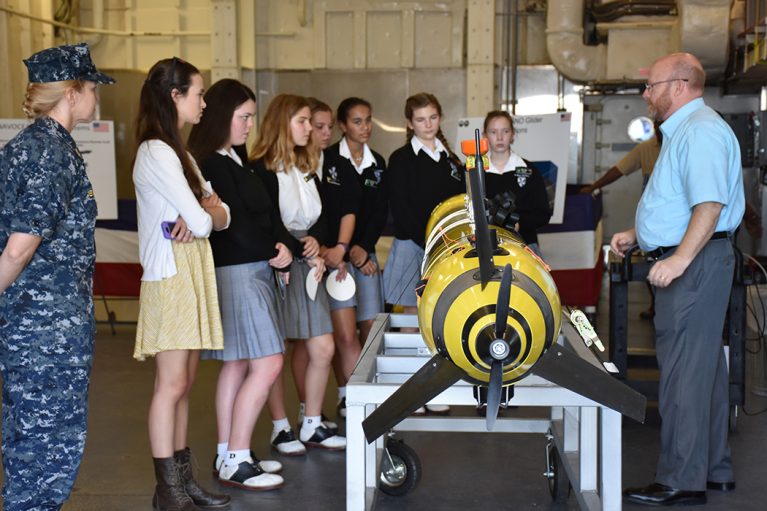 The also learned about crew positions and responsibilities, including the Safety Patrol Officer. Robotics Coach Crissy Giacona said the team has a designated member for safety and one of the team’s main goals this year is injury prevention. 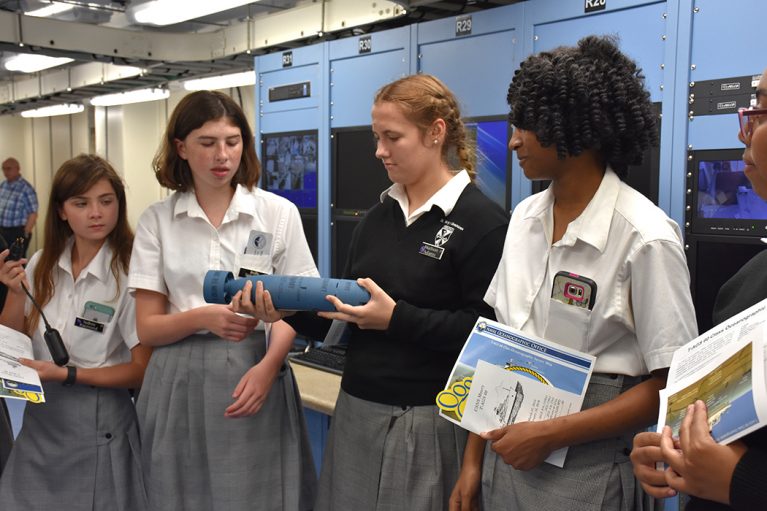 Maury, operated by the Military Sealift Command for the Naval Oceanographic Office (NAVOCEANO), is the seventh ship in its class and completed her maiden voyage in June of 2016. It is longer that its sister ships in order to accommodate a 300-sqaure-foot moon pool that is used for launching unmanned, underwater explorations. 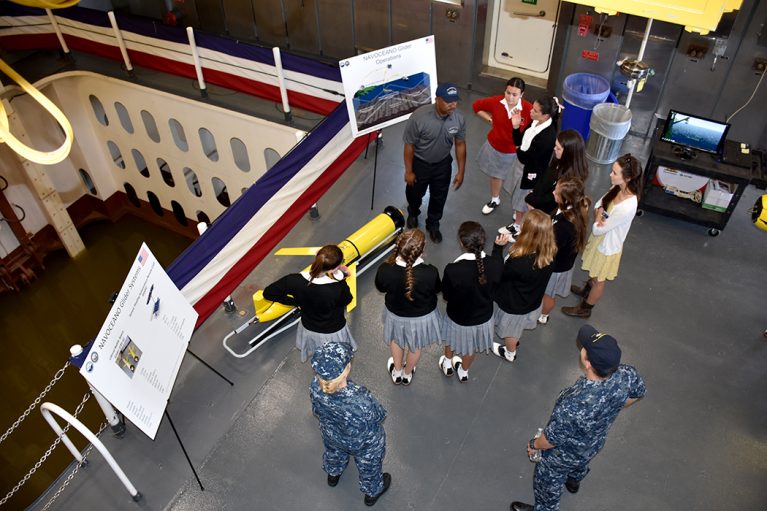 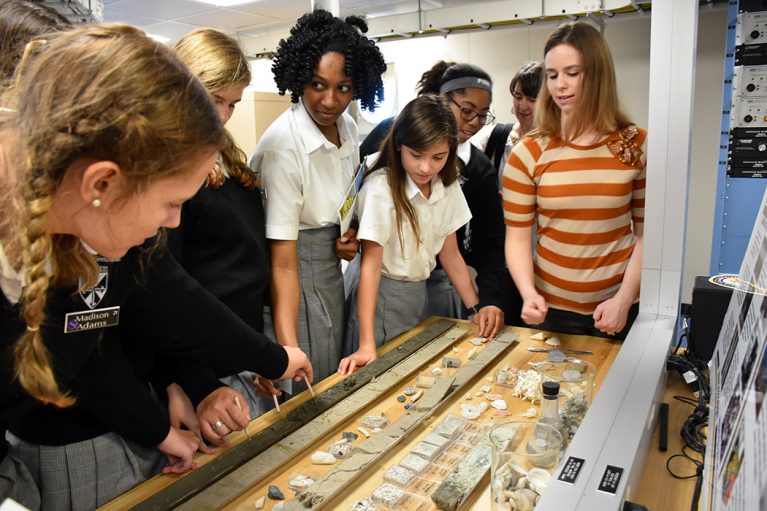 The ship is designed to perform acoustic, biological, physical and geophysical surveys and provides the U.S. military with essential information on the ocean environment. The crew includes scientists from NAVOCEANO. 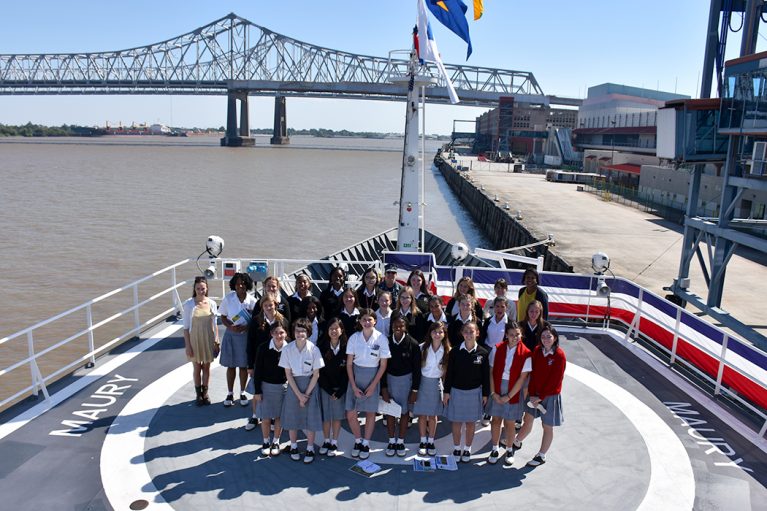 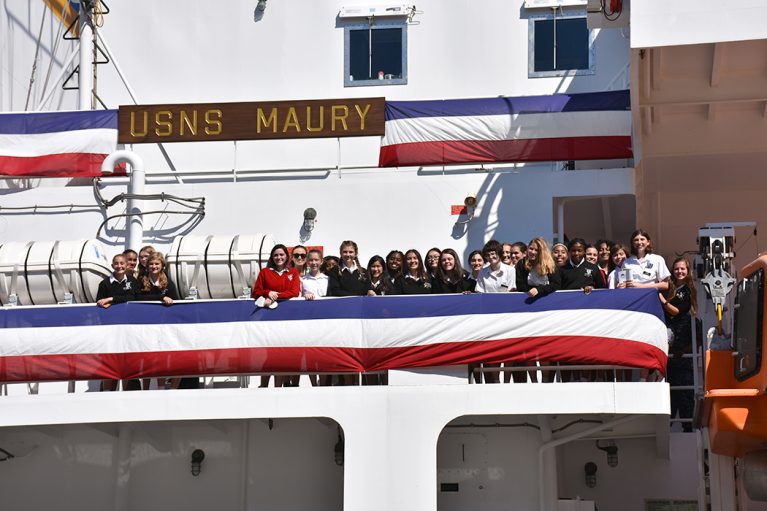