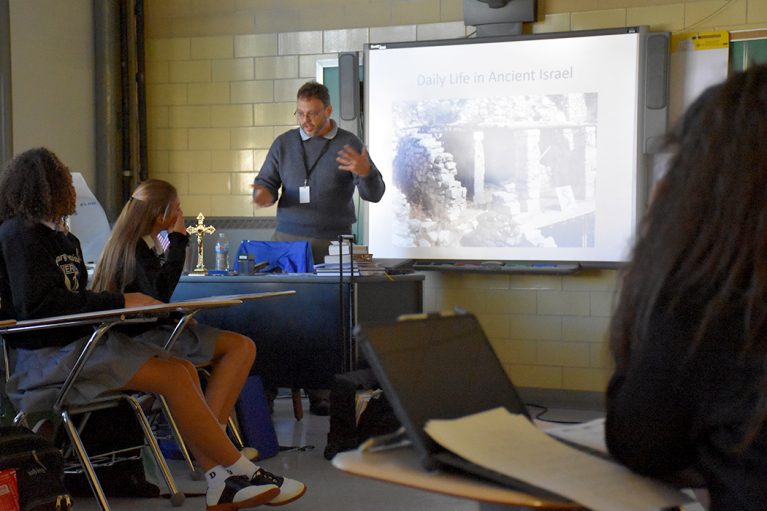 Students in Mr. Frank Cusimano’s Old Testament Class stepped back into Old Testament times when guest Nathanael Heller spoke about what life was like in ancient Israel. Mr. Heller received  an M.A. in Old Testament from Wheaton College and holds a B.A. in Archaeology and Near Eastern Studies. He completed his Master’s thesis research on the archaeological site of Tell Dothan in Israel. For most of the past two decades he has worked primarily as an archaeologist in the United States, specializing on the prehistoric cultures of the Lower Mississippi Valley. He is a Senior Project Manager and Lab Supervisor at R. Christopher Goodwin & Associates, Inc., a local firm that does archaeological projects throughout the United States. Mr. Heller resides in Metairie with his wife Fanny (Lopez) (DHS Class of 1982). His daughter, Kate, is a ninth-grader at Dominican and son Andrew (Brother Martin High School, Class of 2016) attends the University of Alabama.