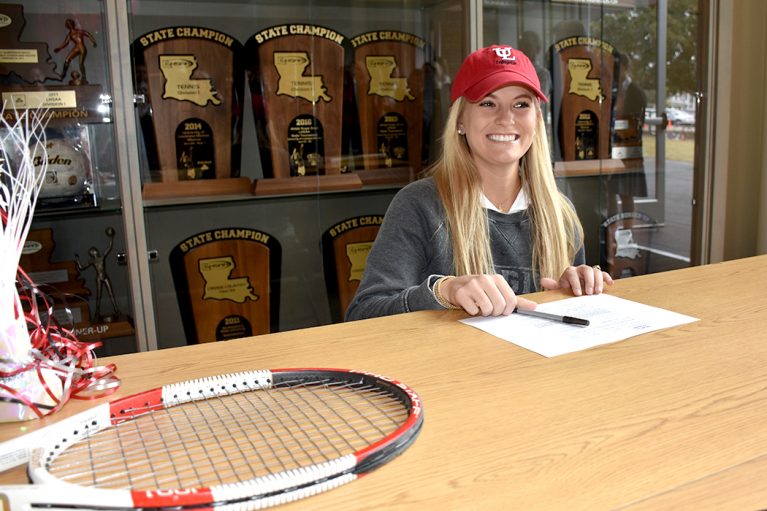 Congratulations to Senior Morgan Forshag who signed an athletic scholarship to play tennis at the University of Louisiana at Lafayette for the fall 2017-2018 school year. 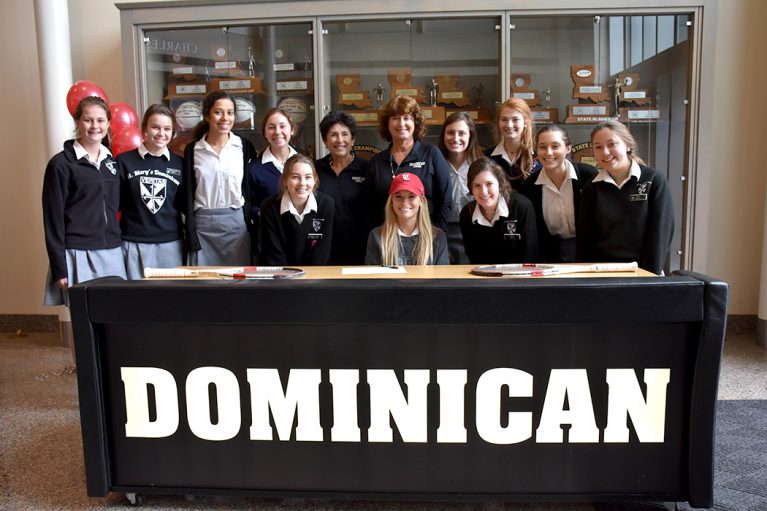 Morgan Forshag surrounded by her teammates and the Dominican tennis team coaches. 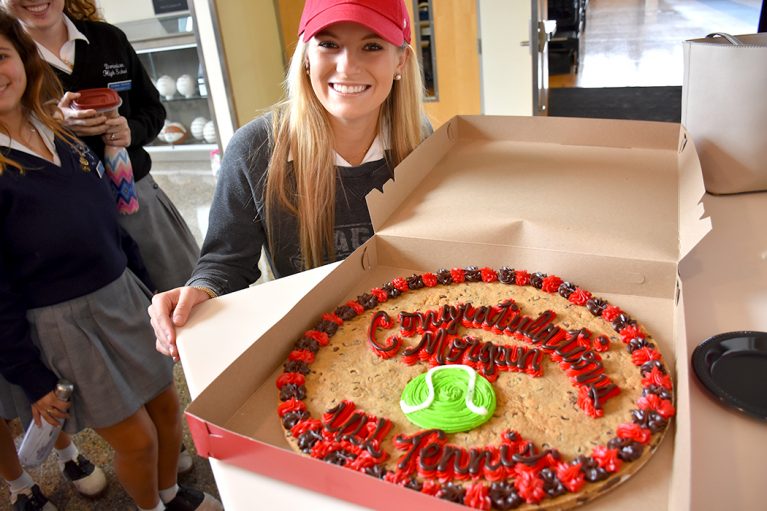