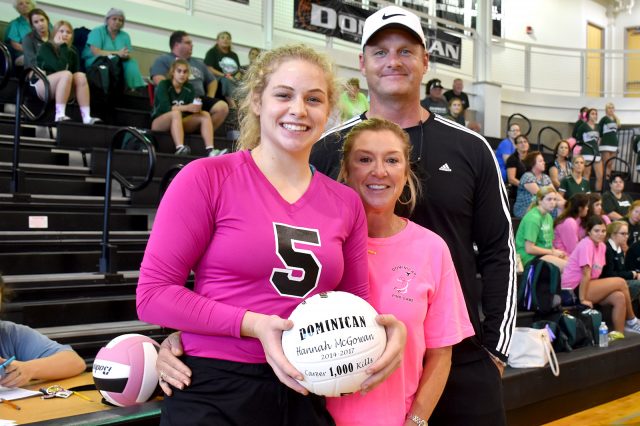 Senior Hannah McGowan made her 1,000th kill at the volleyball game against Archbishop Chapelle High School. A kill is the technical term for a spike/hit that is not dug or passed by the opposing team, meaning it is not returned over the net.  Hannah has played on the 8th Grade volleyball team, 9th and 10th Grade Varsity, and 11th Grade Intramurals and Varsity teams. 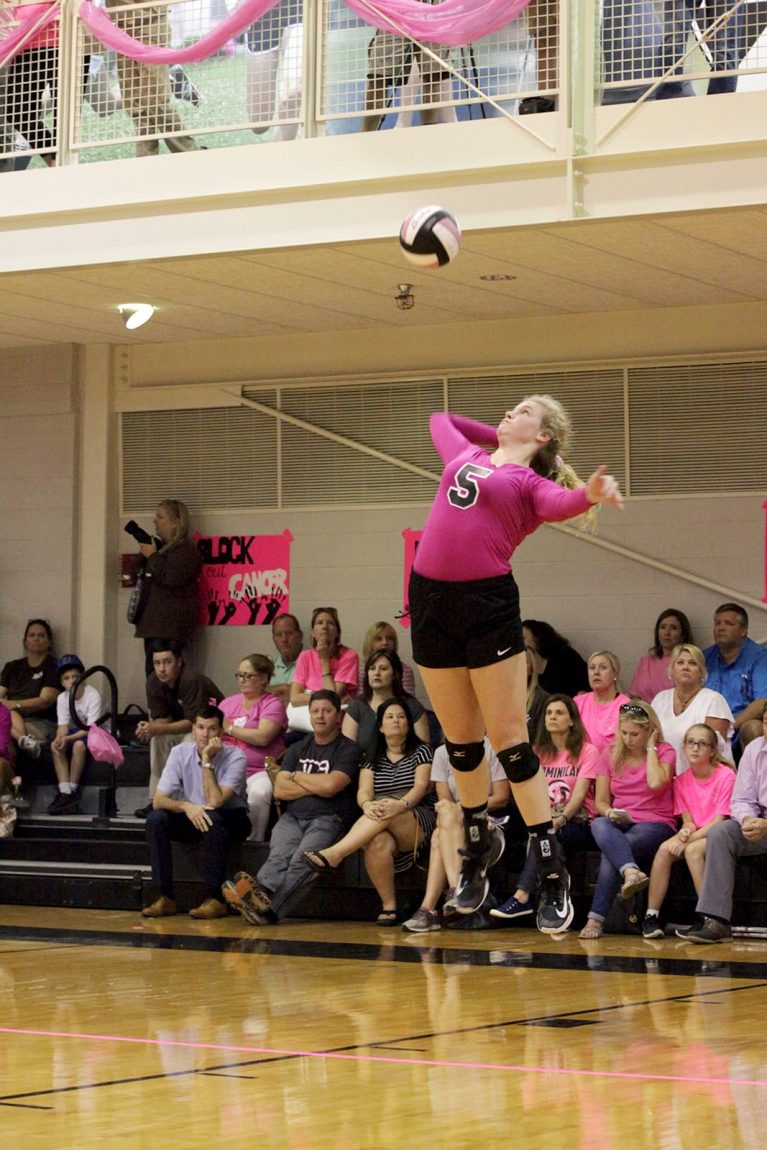 She joins three alumnae who are members of Dominican’s 1,000 Club.

Haley Reuther, a 2007 graduate, had 1,633 kills during her Dominican years. Haley was coached by Mrs. Jessica Chatellier.

Emily Daigle, Class of 2012, had 1,015 kills. She was coached by Mrs. Jessica Chatellier, Ms. Rachel Lindelow, and Mrs. Ashlee Juhas.

Each of these honorees have a commemorative volleyball with their stats, in the Ridgley Atrium trophy case.