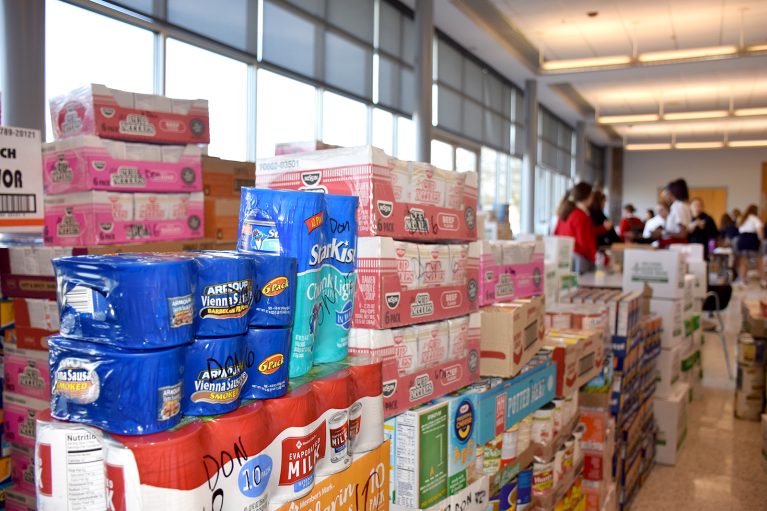 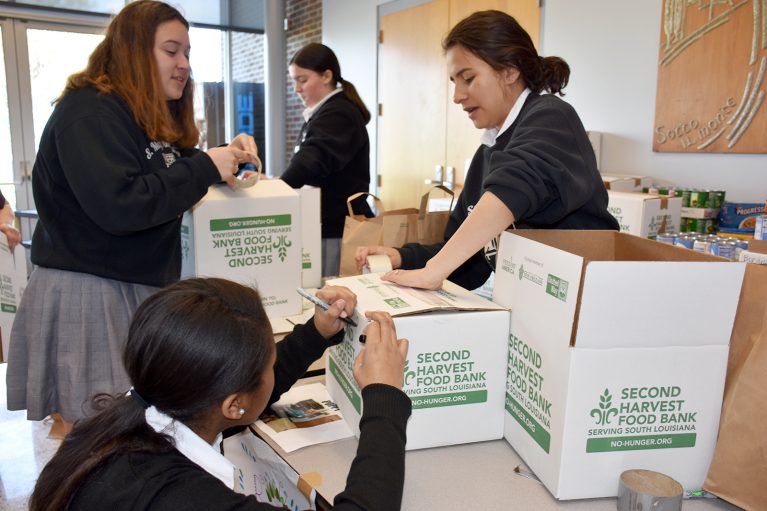 Jill Cabes, Vice President of Dominican Catholic Identity, called the food drive “one of Dominican’s major whole school service projects that allows us to put our principles of Catholic Social Teaching into action. There is a building sense of excitement and urgency to reach our goal as we approach the end of the drive and it really fosters sense of community among our student body.” 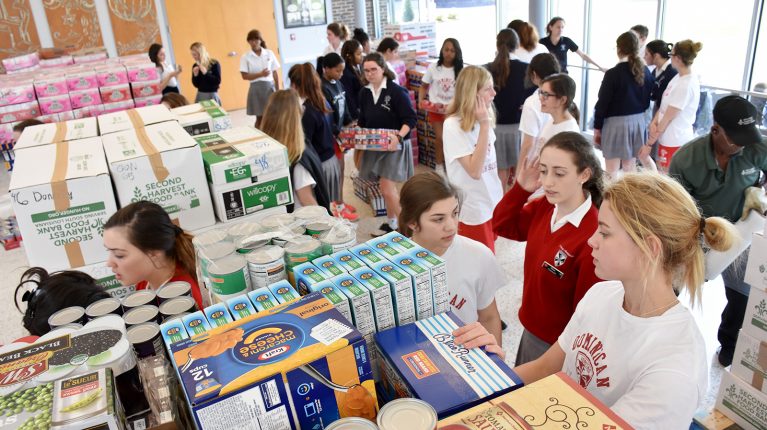 This year’s annual food drive kicked off after the Justice Awareness Mass with a spirited video featuring religion faculty and staff dressed as characters from the movie, “Trolls” and dancing to the film’s theme song, “Can’t Stop the Feeling,” with the added call to action: Stop the Hunger. 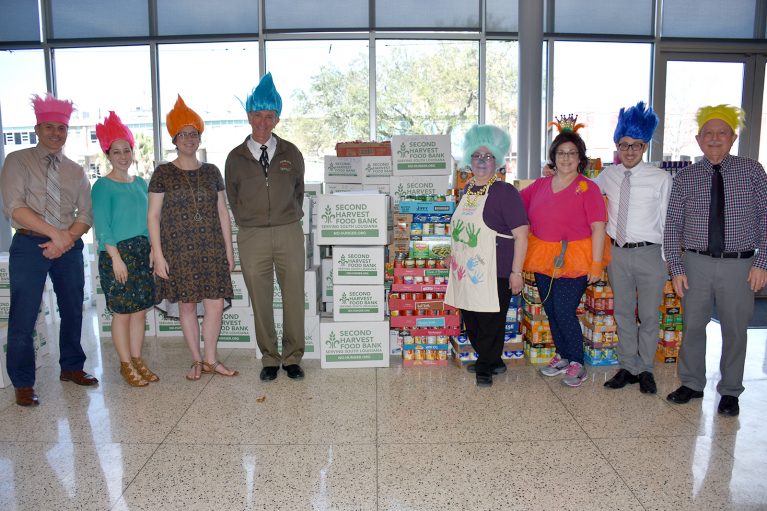 Congratulations to the students and the religion teachers who spearheaded the drive’s teams: