St. Mary’s Dominican High School’s alumnae, representing more than 50 classes, celebrated the annual homecoming weekend with a Thanksgiving Mass on campus and a luncheon at Chateau Country Club. At the luncheon, they saluted fellow alumnae. The Honorable Amy Coney Barrett was honored as Alumna of the Year and Gina Bagnetto Waters received the St. Catherine of Siena Preaching Award. The honorees are from the Class of 1990.

The Honorable Amy Coney Barrett ’90, Alumna of the Year 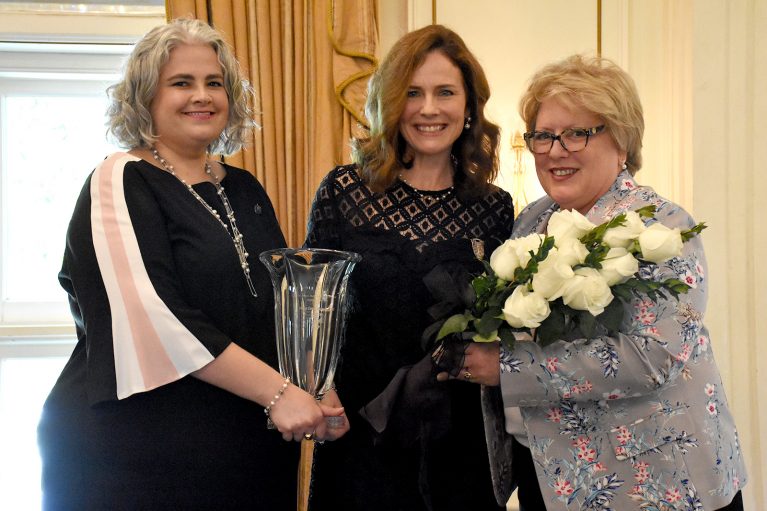 Her peers recognized Barrett as a woman who instills Christian moral values while urging the practice of ethical behaviors as demonstrated through her dedication to family, public service or career. She earned a Juris Doctorate from the University of Notre Dame, where she was recognized with the highest honors awarded and served as executive editor of Notre Dame Law Review. Barrett clerked for Judge Laurence H. Silberman of the United States Court of Appeals for the D.C. Circuit and for Associate Justice Antonin Scalia of the United States Supreme Court. As an associate at Miller, Cassidy, Larroca & Lewin in Washington, D.C., she litigated constitutional, criminal, and commercial cases in both trial and appellate courts.

From 2010-2016, Barrett served by appointment of the Chief Justice on the Advisory Committee for the Federal Rules of Appellate Procedure. She serves on the faculty of Notre Dame’s Law School. In November 2017, she was appointed to the U.S. Court of Appeals for the Seventh Circuit. Barrett has been published widely in the areas of federal courts, constitutional law, and statutory interpretation. Her scholarship in these fields has been published in leading journals, including the Columbia, Virginia, and Texas Law Reviews. She and husband, Jesse, are active members of St. Joseph Parish in South Bend, Indiana, and members of “People of Praise,” a charismatic ecumenical community. They are the parents of seven children among whom two were adopted from Haiti and another who has special needs. 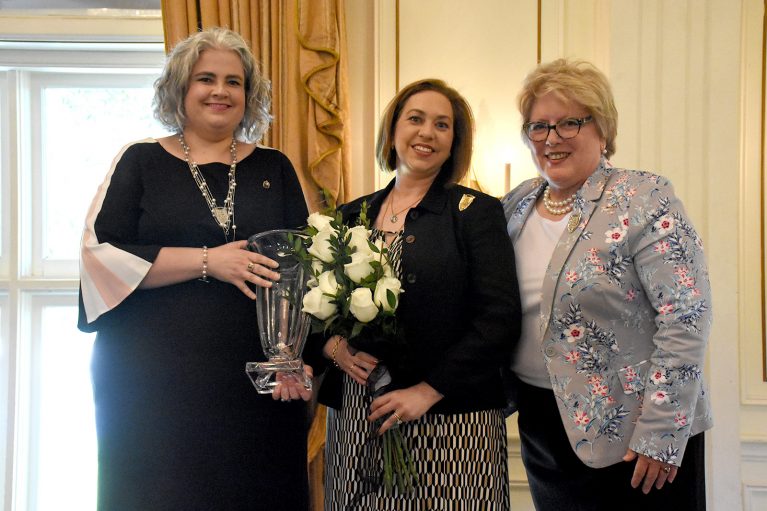 Gina Bagnetto Waters received the St. Catherine of Siena Preaching Award in recognition for preaching the Holy Word by the example of her life and being an inspiration to those who seek Truth, the Resurrection and the Life. Upon the completion of her degree in geology at Louisiana State University, Waters worked as an environmental geologist. However, her work was not the sole focus of her vocational journey. Waters’ affiliation with the LSU Catholic Center increased her involvement in the Catholic Church, evangelization, and faith formation. She served the homeless, taught CCD, became a lector, and served on the Parish Council of St. George Church in Baton Rouge. Currently residing in Houston, she and her friend Alicia Goodwin, co-founded the Marian Servants of the Incarnate Wisdom®. In 2015, Gina was instrumental in opening the first satellite campus of the Cenacle of Our Lady of Divine Providence School of Spiritual Direction where she later became Director. In 2016, Waters became the Director of the Marian Servants. She is President of the Incarnate Wisdom House of Prayer Board of Directors. At St. Rose of Lima Parish, she serves as Spiritual Director, Healing Prayer Minister, Lector, and Extraordinary Minister of Holy Eucharist.  Gina and her husband, Matt Waters, have three children and continue to live in Houston.

Awards presented to the honorees were donated by Anna Maria D. Mitchell, ’45, in memory of her parents and grandparents. The Class of 1968, marking their 50th anniversary, received rosaries that were designed and handmade by Rebecca Bellows Crawford ’86. White roses were given to nine alumna from the 1940s who were recognized and thanked for sharing Dominican’s tradition and legacy through generations. 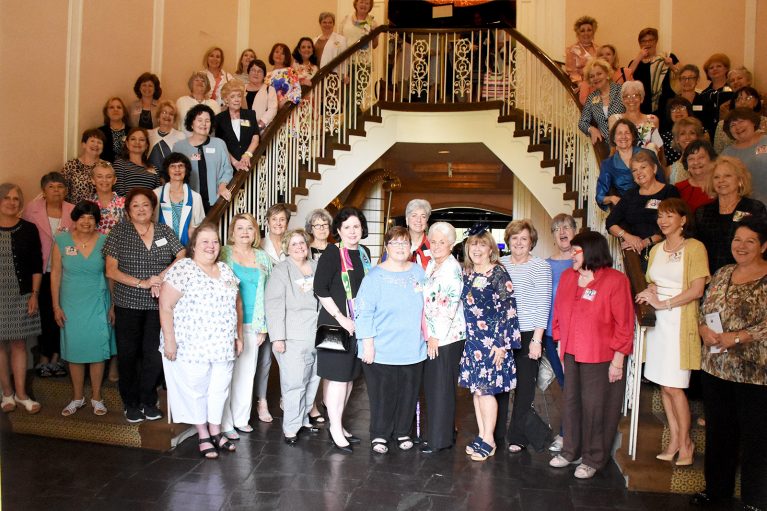