A Toast of Praise to Coach Jessica Chatellier! 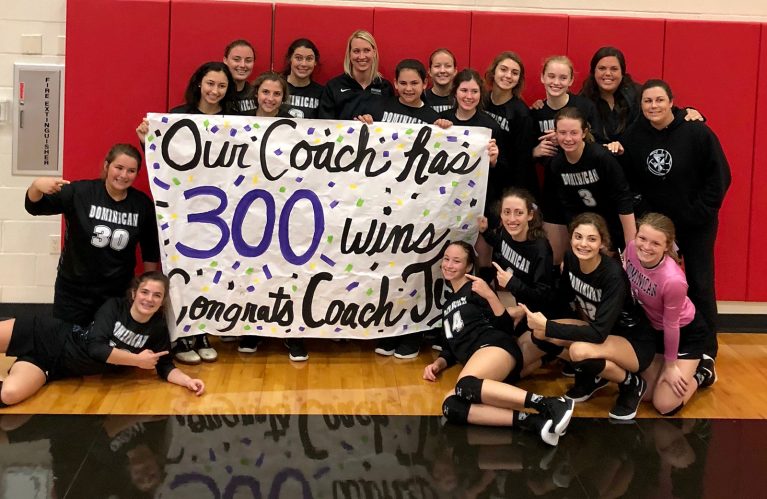 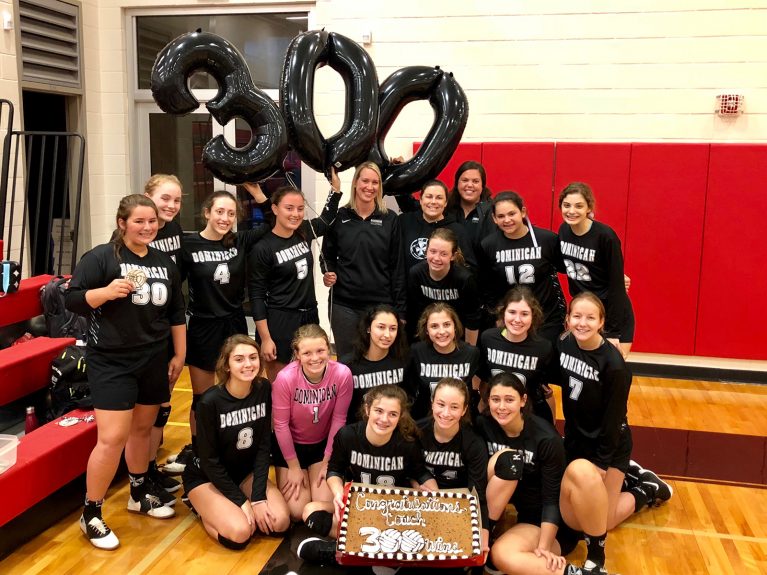 Coach Chatellier has been with Dominican High School since 2003. Under her leadership the Dominican Volleyball team won two district titles (2004, 2006) and played in the 2003 State Championship game. Yesterday, former members of her teams presented Coach Chatellier with the 300th win game ball. 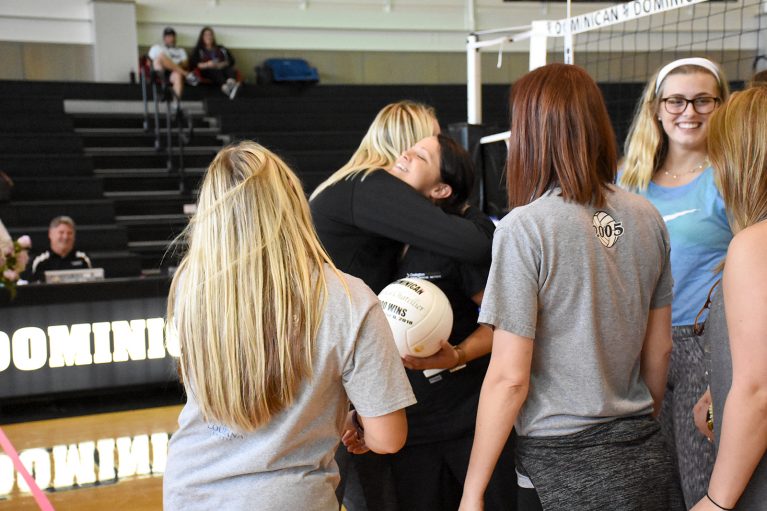 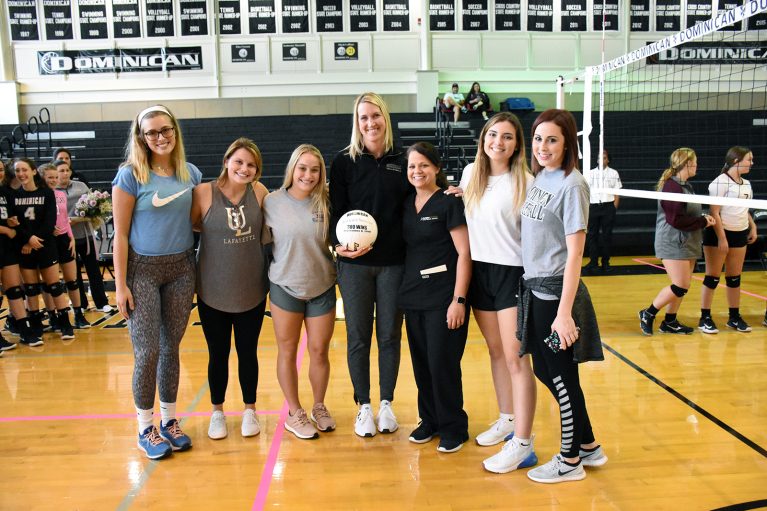 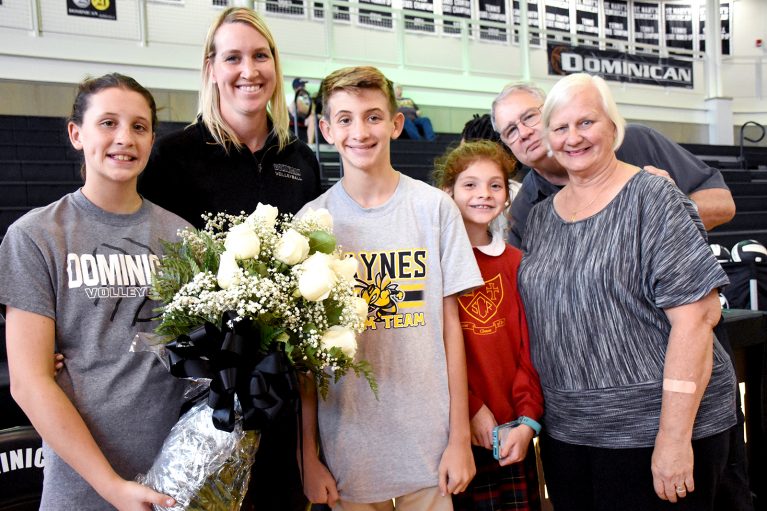 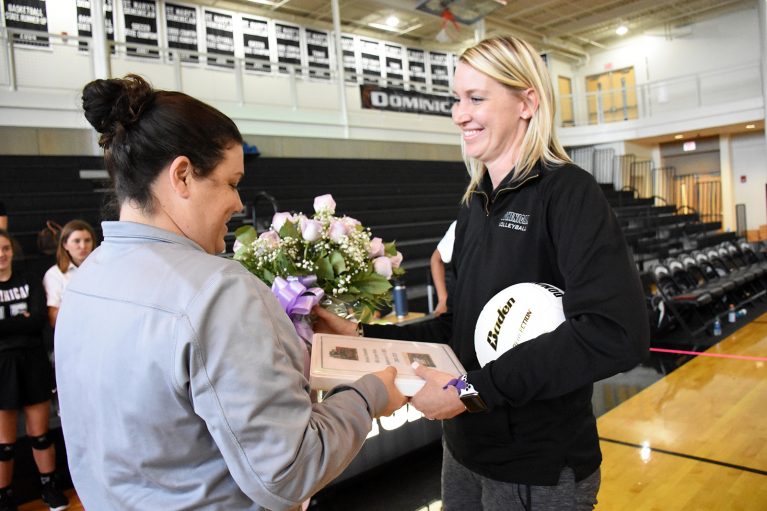