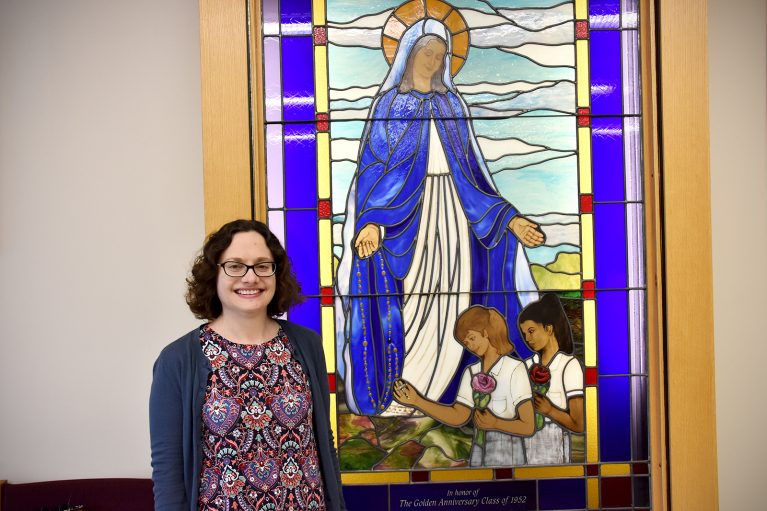 Victoria Grefer stands by the stained glass depiction of The Virgin Mary displayed in the foyer of her alma mater, St. Mary’s Dominican High School.

April 28, 2019 is Divine Mercy Sunday. On that day, Victoria Grefer will enter The Monastery of Our Lady of the Rosary to join the community as a postulant. Situated on the top of a hill in Summit, New Jersey, the Dominican monastery was founded in 1919 by a group of 14 sisters from Union City, NJ. It was established with the mission of praying without ceasing, especially the rosary. In 1926, the monastery also began the practice of perpetual adoration of the Blessed Sacrament.

Victoria, a 2003 Dominican graduate, called her path of discernment “a process of grace.” However, in the early stages she did not understand its value and purpose. Her journey began in 2015. Along the way, there were detours and pauses – not one does she regret. “I wanted to pursue a career, but did not have a purpose in life. I was deeply unfulfilled and kept asking myself – ‘Why?’”

She withdrew from the University of Chicago where she was pursuing a doctorate in Spanish literature and returned home to New Orleans. There she began a life of prayer and gradually became more aware of her restlessness. She committed to devotion time at her church’s adoration chapel at Holy Name of Jesus. She prayed for guidance.

“I was teaching Spanish at Ursuline Academy, but was not sure if I should continue teaching. Looking back, it was a blessing that I was teaching. The religious life had not been on my radar, but then it made sense for me to investigate this as an option,” she recalled and described her discernment as a process “from my head to my heart. I came to understand God’s love for me. It became deeply personal,” she shared.

The two orders she explored were the Carmelites and the Dominicans. A great influence on the development of the Carmelite Order and spirituality was Teresa de Cepeda y Ahumada, better known as Teresa of Avila, who joined the Convent of the Incarnation in Avila, Spain in 1535 when she was 20 years old. St. Teresa was a reformer of the Carmelite Order. St. Teresa died in Alba in 1582 and was declared a Doctor of the Church in 1970 by Pope Paul VI. St. Teresa is one of only four women, among the 36 saints who have been given the title. The others are St. Catherine of Siena (1347 – 1380), Hildegard of Bingen (1098 – 1179), and Saint Térèse of Lisieux (1873 – 1897).

“St. Teresa of Avila is one of my favorite saints. I loved how beautifully bold and yet humble she was. Reading her writings, she was upfront about humility, but so courageous. She faced much opposition, but held firm in her affirmation to do what needed to be done,” said Victoria.

Victoria visited the Discalced Carmelite Nuns in Covington, Louisiana. Following more prayer and discernment, it became apparent to Victoria that she should explore the Dominican Order. The Dominican monastic life is unlike the Benedictines, Trappists, or Carmelites because of its emphasis on community.

A Dominican Sister makes her profession on the Rule of St. Augustine, not on the Rule of St. Benedict. Inspired from the Acts of the Apostles, St. Augustine’s Rule combines consecrated status with a full, common life. The website of the Monastery of Our Lady of the Rosary notes, “The Rule of St. Augustine is built around the notion of twin forms of charity – love of God and love of neighbor. This means that fraternal life – the fraternitas that was so dear to St. Dominic himself, is at the very heart of our way of life. In our spiritual tradition, monastic life is by no means a single or solitary combat, but a community adventure. Hermits have no official status in our Order…”

Before one takes final vows to become a nun of the Order of Preachers, there are stages of formation for all who enter the monastery – initial contact, discernment retreat, aspirancy, postulancy, novitiate, first profession, and solemn profession. The one-year postulancy includes classes with other sisters who are in the novitiate where they become acquainted with the basics of the Dominican charism, prayer, Sacred Scriptures, and community life. 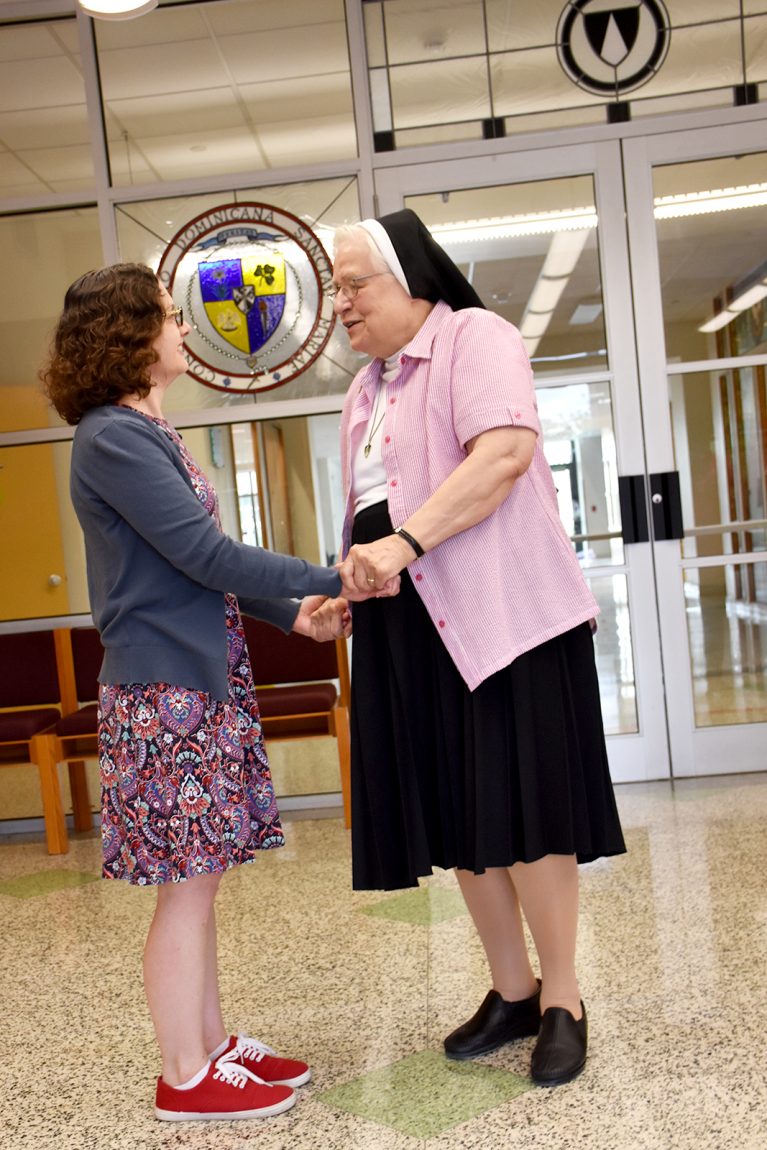 Before her travels to The Monastery of Our Lady of the Rosary in Summit, New Jersey where she will join the community as a postulant, Victoria Grefer greets Sr. Dominic Savio Estorge, O.P. during a visit to St. Mary’s Dominican High School.

Victoria credits her formative years at St. Mary’s Dominican High School as giving her a strong sense of the Dominican charism – prayer, study, community, and service. Sharing in the Dominican legacy are sisters Loren, a 2000 graduate, and Erin, Class of 2007.

During a 2016 vocational discernment retreat at the Dominican Sisters of Mary Mother of the Eucharist in Ann Arbor, Michigan, Victoria came to understand fully that engagement and continuing her intellectual pursuit was valuable. A silent retreat in July 2017 at the Archdiocese of New Orleans Retreat Center was a turning point in Victoria’s journey. The retreat in New Orleans gave her “the spark to visit the monastery in Summit, to reach out to the community for the first time.” 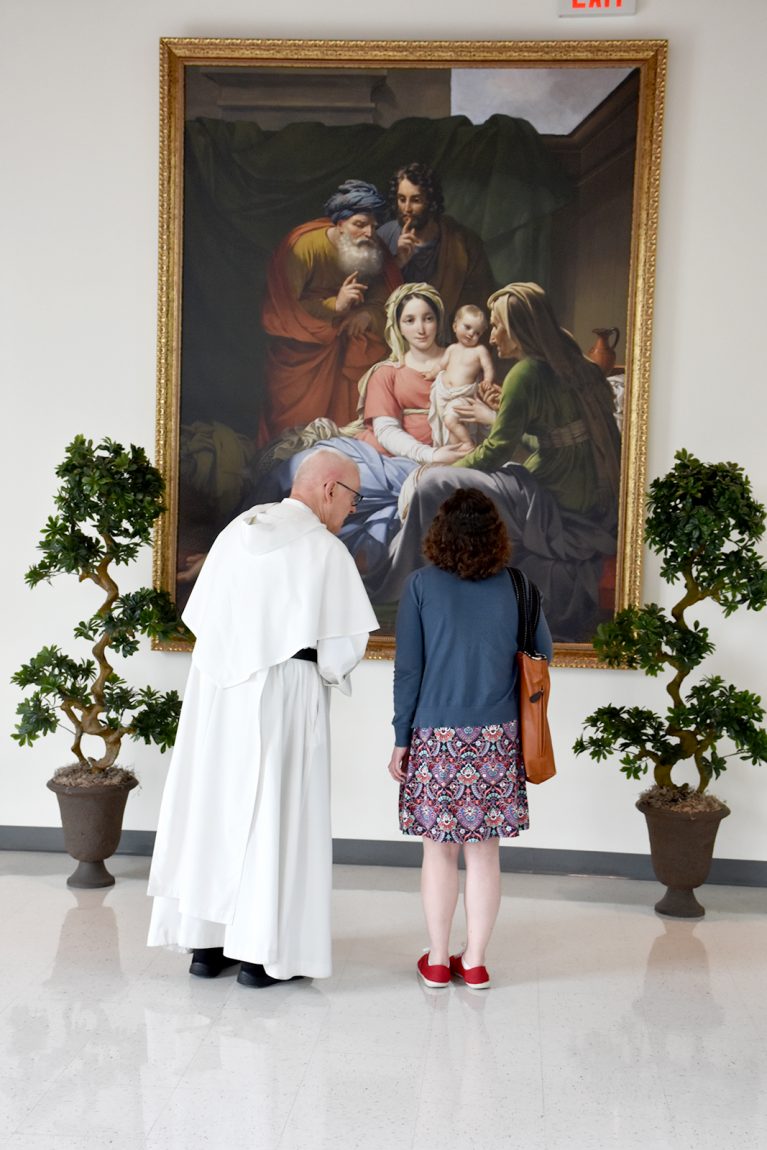 Several trips to the Monastery of Our Lady of the Rosary followed. In 2017, over the Labor Day weekend, she met individually with four of their sisters and the entire novitiate. Victoria said she was “struck how much at home I felt. There was a sense of belonging that became more and more profound after each day.” At the Sunday Mass, the second reading from Romans 12 gave Victoria affirmation that this is where she was meant to be: I urge you therefore, brothers, by the mercies of God, to offer your bodies as a living sacrifice, holy and pleasing to God, your spiritual worship. Do not conform yourselves to this age but be transformed by the renewal of your mind, that you may discern what is the will of God, what is good and pleasing and perfect.”

Gaining insight into the monastic life requires time, observed Victoria. “There are defining times when you understand this is real life. It is not an escape. The Divine Office was when I truly felt the purpose and the power.”

Returning home, she said that she was “95 percent sure” she would begin the multilayered application process to the Order. This included submitting a spiritual autobiography; forms and evaluations; letters of recommendation; a professional reference; and an education reference.

Constant and unwavering in Victoria’s journey has been her family’s support. Parents Archie and Brenda, and other family members will accompany Victoria on Divine Mercy Sunday when she enters the Monastery of Our Lady of the Rosary.

As Victoria looks forward to this next chapter in her life, she reflected, “It has been a full process to understand this call to service. This is how I was meant to serve the Church.” 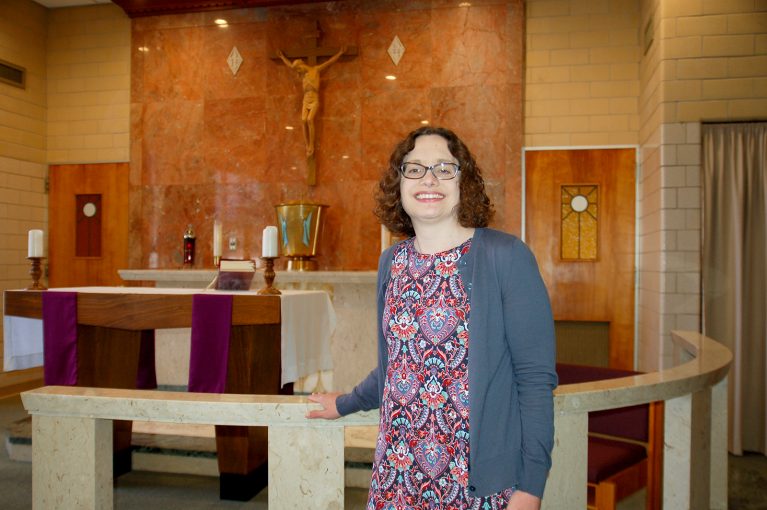