Victoria Liu received the Special Award prize. This first place award is given to the student who demonstrated the most outstanding delivery in the category of the Oral Interview. Liu was recognized as the best student participating in the category of Spanish Extemporaneous Speaking 4.  SLU faculty member Dr. Luz Escobar presented her with a $1,000 travel gift certificate toward travel to a Spanish-speaking country within one year from the awarded date. 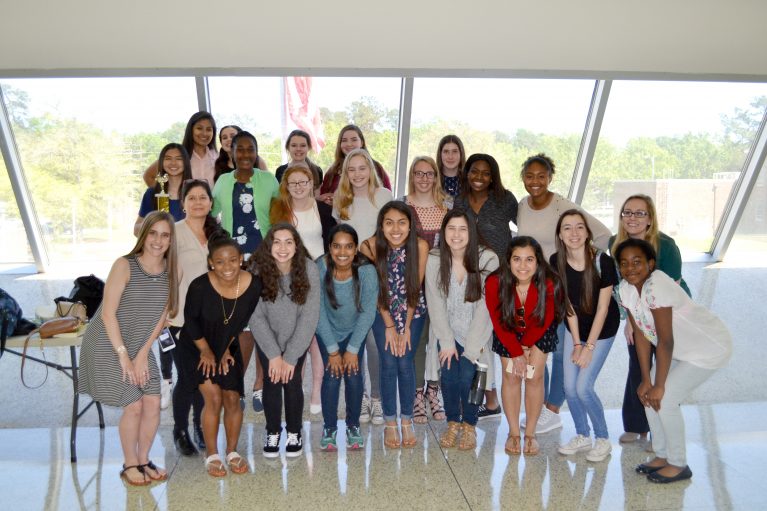