Students in Mrs. Claudia Vallejo’s Advance Placement Spanish class connected via Skype with Dominican alumna Catalina Rubiano from her home in Colombia. The connection was part of the class interview series that have included a Cuban documentary filmmaker, a Chilean martial arts and stunts professional, and a Canadian government worker whose assignment is receiving refugees displaced from countries with conflicts. 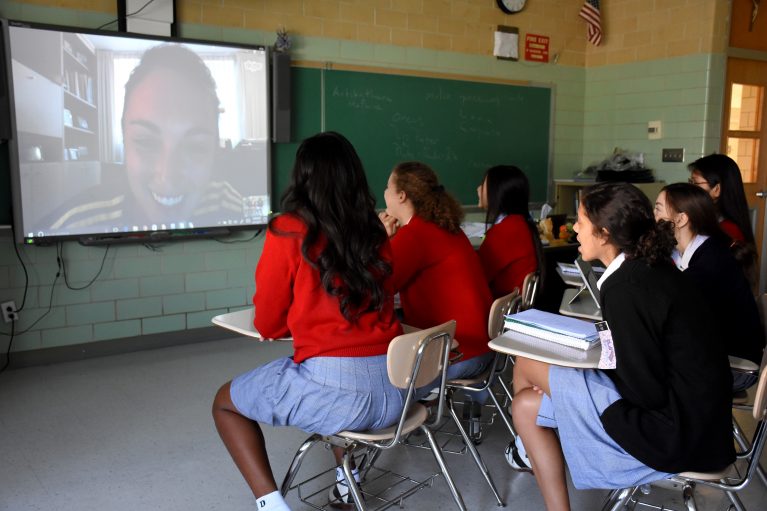 Rubiano, a 2011 Dominican graduate, became the first American to play professional soccer in Colombia when she joined the Colombian Professional League in 2017. She is goalkeeper for Cúcuta Deportivo Gol Star, based in Bogotá. While attending Louisiana State University, she was the LSU soccer team goalkeeper for two years. 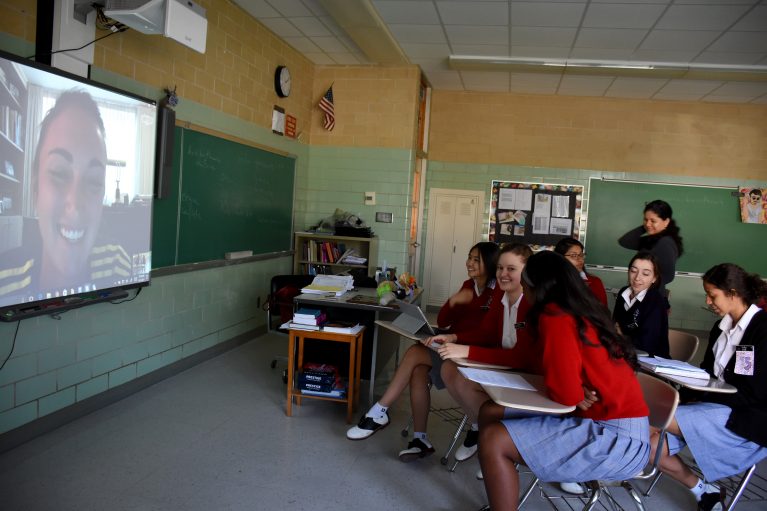 During the interview, the class posed questions ranging from her years at Dominican and inspiring teachers, to her current profession. At the end of the Skype session one student remarked, “Wow, Dominican is a great place to be a student!”