Louisa May Alcott penned Little Women 150 years ago. The classic was inspired by the writer’s family and community. Generations later it has inspired many worldwide, including writers such as Simone de Beauvoir, J. K. Rowling, Cynthia Ozick, Jane Smiley, Margo Jefferson, and Ursula K. Le Guin. 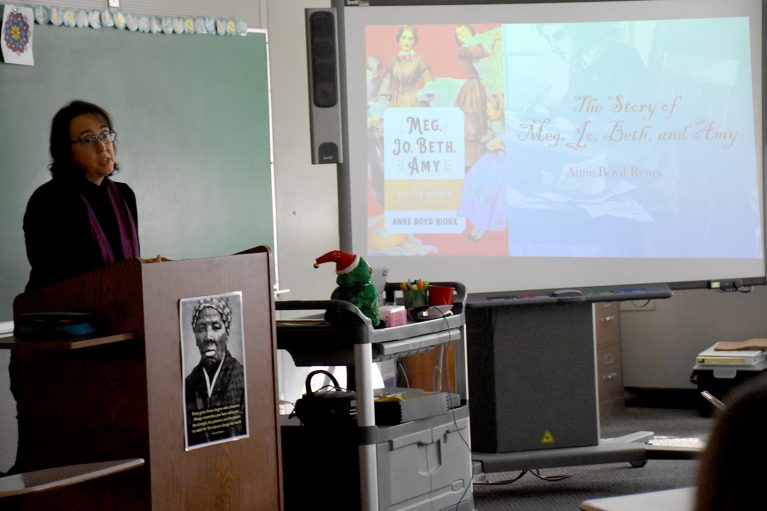 Dr. Anne Boyd Rioux also was impacted by the book when she read it in her 20s. As a teacher, she sees the book’s impact on others. During a visit to Dominican, she addressed an assembly of English I students from Eugenie Helmka’s class and Sheila Madary’s classes and discussed her latest book, Meg, Jo, Beth, Amy: The Story of ‘Little Women’ and Why It Still Matters. She writes: “Little Women has been called ‘the mother of all girls’ books.’ It is also, arguably, the most beloved book of American women writers (and near the top for women writers around the globe) and has exerted more influence on women writers as a group than any other single book.” 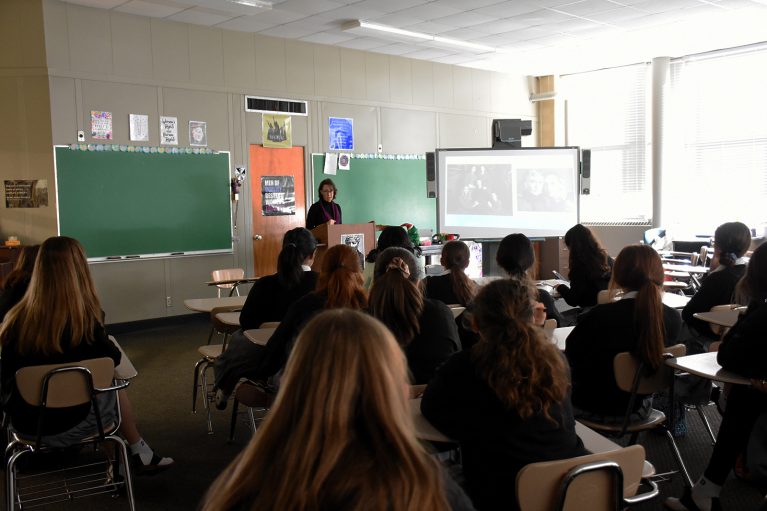 Dr. Rioux is a professor of English at the University of New Orleans, where she also serves as the graduate coordinator of English and as a member of the women’s and gender studies faculty. She is a recipient of two National Endowment for the Humanities fellowships and has authored or edited six books about nineteenth-century American women writers. 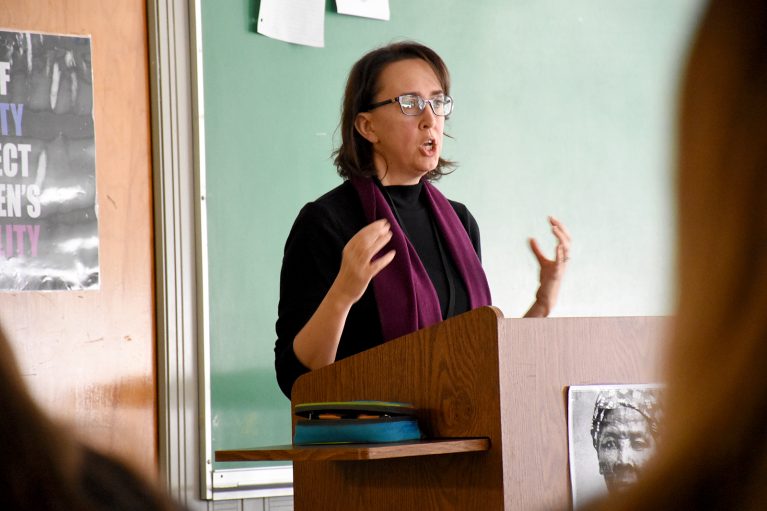