How do you live pro-life beyond one aspect of life? Mark Butler posed this question when he gave a presentation celebrating the Sanctity of Human Life to members of the school’s Pro-Life Club.

The Education Resource Coordinator with the Office of Founded Ministries for the Dominican Sisters of Peace promotes Catholic identity, the Dominican mission, and charism in the Order’s Founded Ministries. He also is an advocate for the rights of youth who have disabilities and their parents. He shared his family’s journey in raising two children who have autism. Also known as Autism Spectrum Disorder, autism is a developmental disability that can cause significant social, communication, and behavioral challenges. 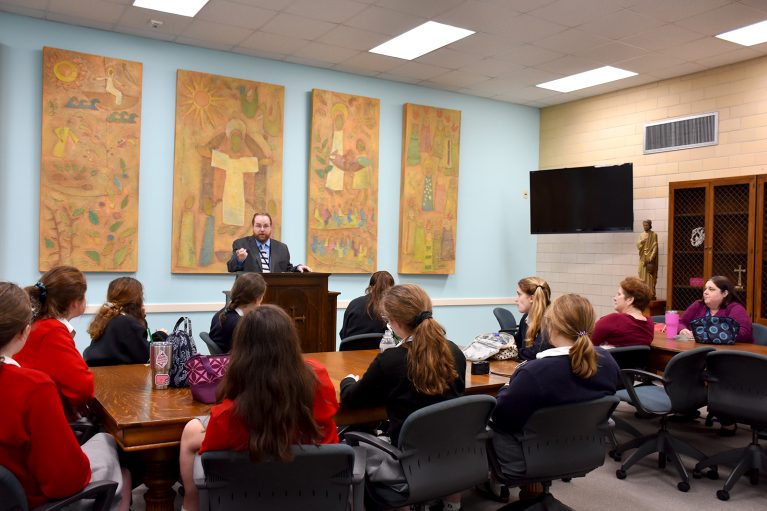 Butler and wife Susan have fought for the right of their children to have not just life, but to have quality lives and God-given dignity. Through the lens of parents, they have navigated the daunting obstacles of health care access and associated costs, the impact of local and state legislation that affects services, and misunderstanding in the community.

“What is central is we have intrinsic dignity because each one of us is created in the image and likeness of God,” he said.  “We live in a culture that says some people don’t share in that dignity and don’t merit living.” 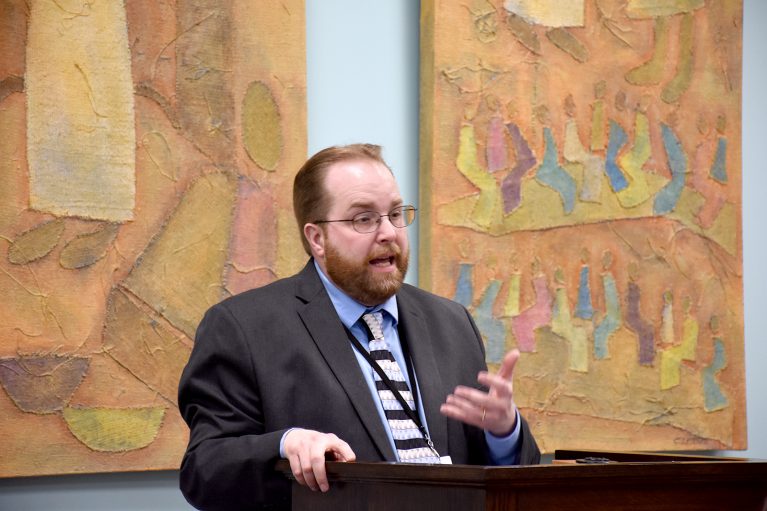 Some families have had to make devastating decisions in order to get help for their children who can no longer live safely at home. The Butler family know this very well. Son Andrew is non-verbal and would have violent outbursts. Standing at 6.3 feet and weighing more than 200 pounds, moments of uncontrollable emotion would change him into the Incredible Hulk, said his father. In 2014, the Butlers were faced with the difficult and heart-wrenching choice of surrendering custody of Andrew to Children Services in order for him to receive much needed services that private insurance and Medicaid did not cover. Andrew was sent to Necco, a treatment center in Southern Ohio’s Lawrence County. It was a five-hour round trip away from his parents and two older sisters who live in Whitehall.

After a two-year separation, the Butlers regained custody of Andrew when he was 18. Although their son was well enough to leave the treatment center, there was another challenge for the family. The county Board of Developmental Disabilities did not have available for minors any living arrangements with staff support. One night after leading a Rite of Christian Initiation of Adults at Holy Spirit Catholic Church, a fellow parishioner asked Butler to take a ride. He was driven to a house that the parishioner purchased. “They were inspired by their Catholic faith to do this,” said Butler.

The house became the new home for Andrew and another teen who has autism. On-site care providers are funded through the County Board of Developmental Disabilities.

“Pope Francis talks about how we have become a throwaway society and we tend to view things and people as disposable,” said Butler. “I encourage everyone to review everything you believe about pro-life. Explore ways to embrace and include in the life of the Church anyone who has a disability, and their families. Each one of us is a child of God.” 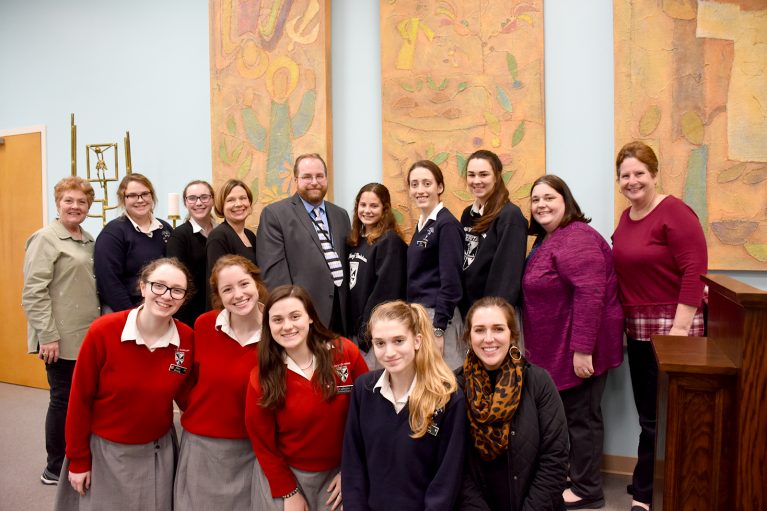