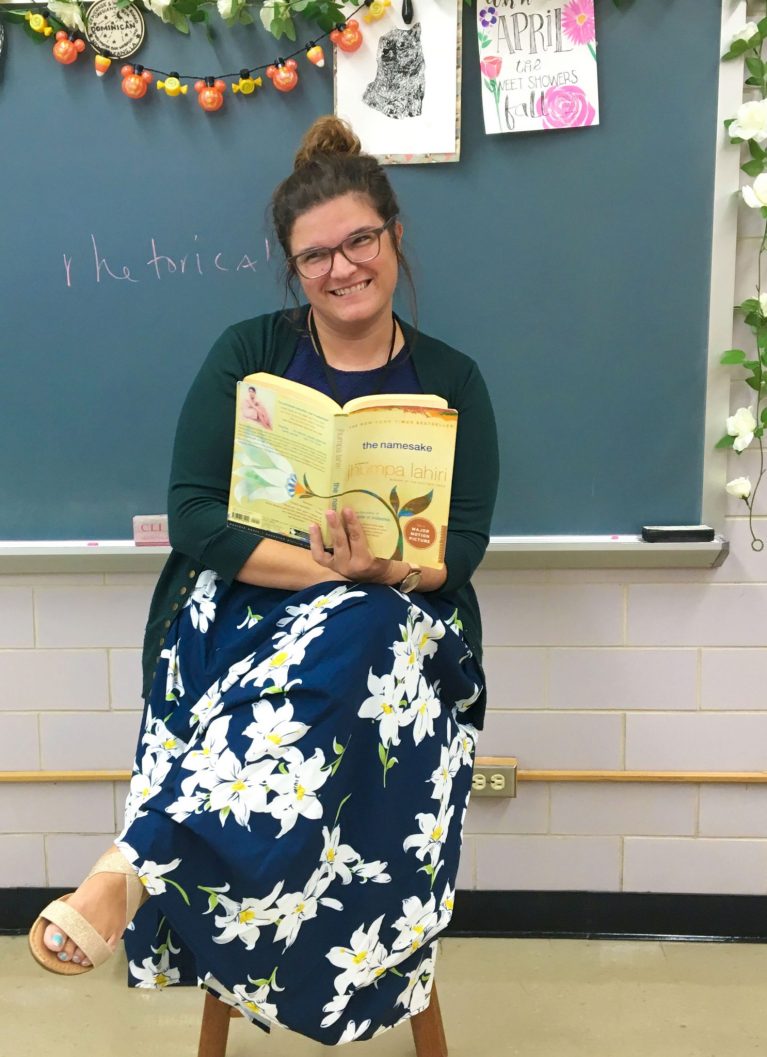 Casey Lefante, English teacher at St. Mary’s Dominican High School, has been selected for the University of Chicago’s Outstanding Educator Award. The distinguished award has existed for more than three decades. The award salutes outstanding educators who go beyond everyday teaching and leave an impression that is carried over a lifetime.

Each year, the university invites entering first-year students to nominate an educator who has influenced them, challenged them, or helped them along the path toward intellectual growth. James G. Nondorf, University of Chicago Dean of Admissions and Financial Aid, noted that letters are received from hundreds of students, inspired by teachers who have changed the course of their lives, taught them to re-imagine texts, delve deeper into problem-solving, and to think beyond the borders of the classroom in the pursuit of their own education.

Lefante was nominated by Ahjah Yunusah, a 2019 Dominican graduate and freshman at the university. In her nomination letter, Yunusah thanked her teacher for her hard work and dedication to the classroom … “you allowed us to voice our opinions on world views, you shaped us into better writers, and you gave me hope. You are the most outstanding teacher I’ve ever had, and I thank you for being you!”

A 2000 Dominican graduate, Lefante holds a Bachelor of Arts in English from Tulane University and a Master of Fine Arts in Creative Writing (Fiction) from the University of New Orleans (UNO). For two years, she taught freshman composition and English as a Second Language at UNO. She has been on the faculty at Dominican for 11 years.

Lefante’s mother is a retired math teacher and her father is a professor at Tulane. She said she grew up valuing teachers, “but didn’t always know that I wanted to teach. I initially thought teaching would be something I did until I found my ‘real’ calling. My plan to teach for one year extended to two, to three, to five, until I realized the obvious: teaching wasn’t just a job, but, rather, it was the very calling I’d been waiting to discover. The key to this realization was, as I’m sure most teachers would agree, the students. Truth be told, I need them more than they need me, and I learn lessons from them every day. I can’t imagine what my life would be if I didn’t teach at Dominican.”

She feels fortunate that her teaching schedule allows her to teach some students twice in their Dominican careers, as was the case with Ahjah. “I teach them in English I Honors, then I see them again as juniors or seniors in Advanced Placement Literature and Composition. One of the most rewarding aspects is watching these students grow as writers, learners, and thinkers. The most rewarding, though, is when they apply the lessons they learned within our walls into their lives as Dominican alumnae. I love being part of their journeys into becoming the adults they are meant to be.”