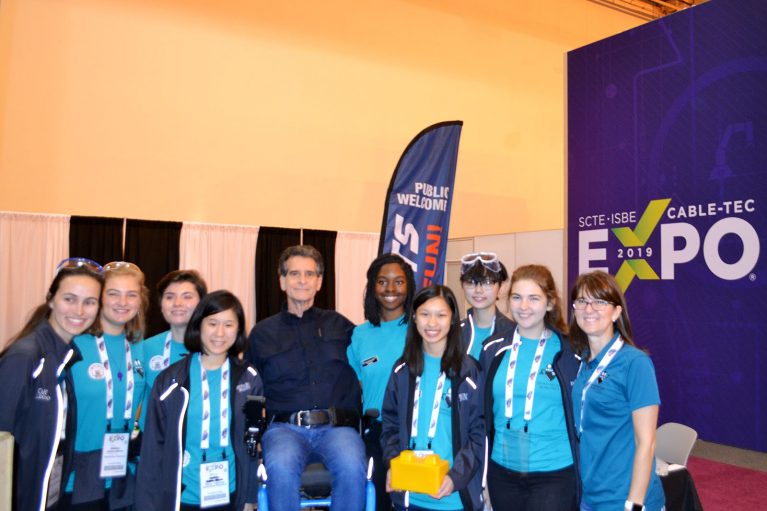 At the Cable/Tech Expo 2019 in New Orleans, Dominican’s Robotics team members and coaches met businessman and inventor Dean Kamen who is founder of FIRST® Robotics, the teams’ robotics platform. They also did a demonstration and talked with Kamen who asked each student their goals for college. Dominican was the only all-girls school among the five high schools and three grammar schools attending the Cable/Tech Expo that draws attendees from more than 60 countries. 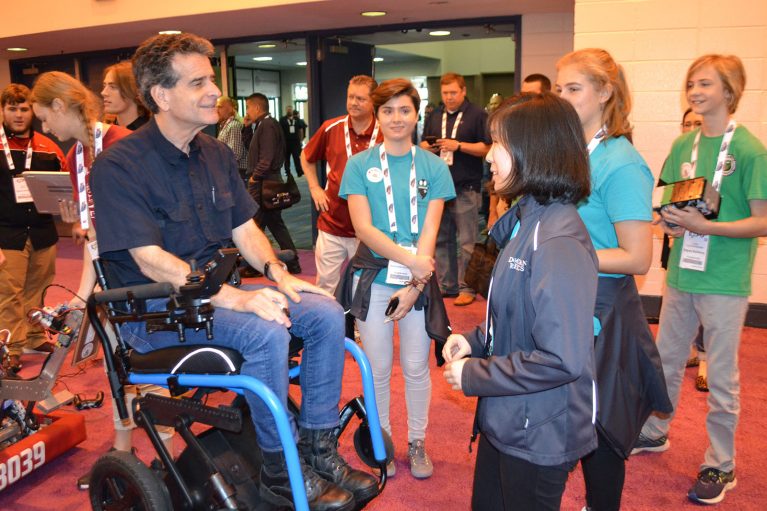 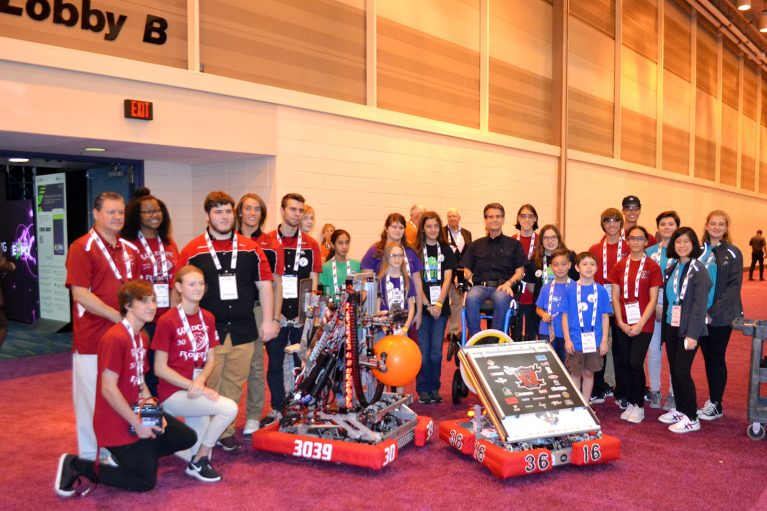 In 1989, Kamen founded his non-profit called FIRST (For Inspiration and Recognition of Science and Technology) international youth organization designed to expose high schools to the marvels of science and technology. FIRST holds annual robotic competitions. There are four levels of competition for students ranging from 6 years of age to high school: FIRST Lego League Junior, FIRST Lego League, FIRST Tech Challenge (Dominican competes in this event) and FIRST Robotics Competition.

Kamen is best known for the invention of the electric-powered Segway personal human transporters. Among his other inventions are the iBOT Personal Mobility Device,  the first wearable infusion pump,  the first wearable insulin pump for persons with diabetes, an advanced prosthetic arm, and a non-polluting, low-power water-purifying system.  His first company was AutoSyringe that he sold in 1982. He founded DEKA Research & Development, named after the inventor “DEan KAmen.”