Campus Ministry and Pro-Life Club members welcomed guest speaker Janet Morana during a campus visit. She was accompanied by Fr. Scott Daniels, O.P. Parochial Vicar at St. Dominic Church in New Orleans. Mrs. Morana, Executive Director of Priests for Life, co-founded the Silent No More Awareness Campaign, an international effort to assist women who have had abortions to share their testimonies. She shared with the audience the far-reaching and long-term impact of abortion, not only on the mothers and fathers who have lost their children to abortion, but also the grandparents, siblings, extended families, religious and ethnic communities, pro-life advocates and even the abortion providers themselves.

The native New Yorker holds a degree in foreign languages and a Master of Education. Before she became involved in pro-life work, she was a full-time public school teacher in Staten Island, spearheading numerous literacy, science, cultural and educational programs. She co-hosts the Defending Life and Catholic View for Women series on Eternal Word Television Network (EWTN). Since 1989, she has held various local and national leadership roles in the pro-life movement, and served on the board of the Staten Island Right to Life Committee. She has traveled throughout the U.S. and the world, giving pro-life training seminars for clergy and laity, including at Pontifical universities in Rome, and representing Priests for Life at national and international pro-life conferences. The author of two books, Recall Abortion (Saint Benedict Press, 2013) and Shockwaves: Abortion’s Wider Circle of Victims (Catholic Book Publishing Corp., 2018), is also the recipient of Legatus’ Cardinal John O’Connor Pro-life Hall of Fame Award.

A question and answer session followed the talk and students received copies of the book, Ending Abortion by Fr. Frank Pavone, M.E.V. 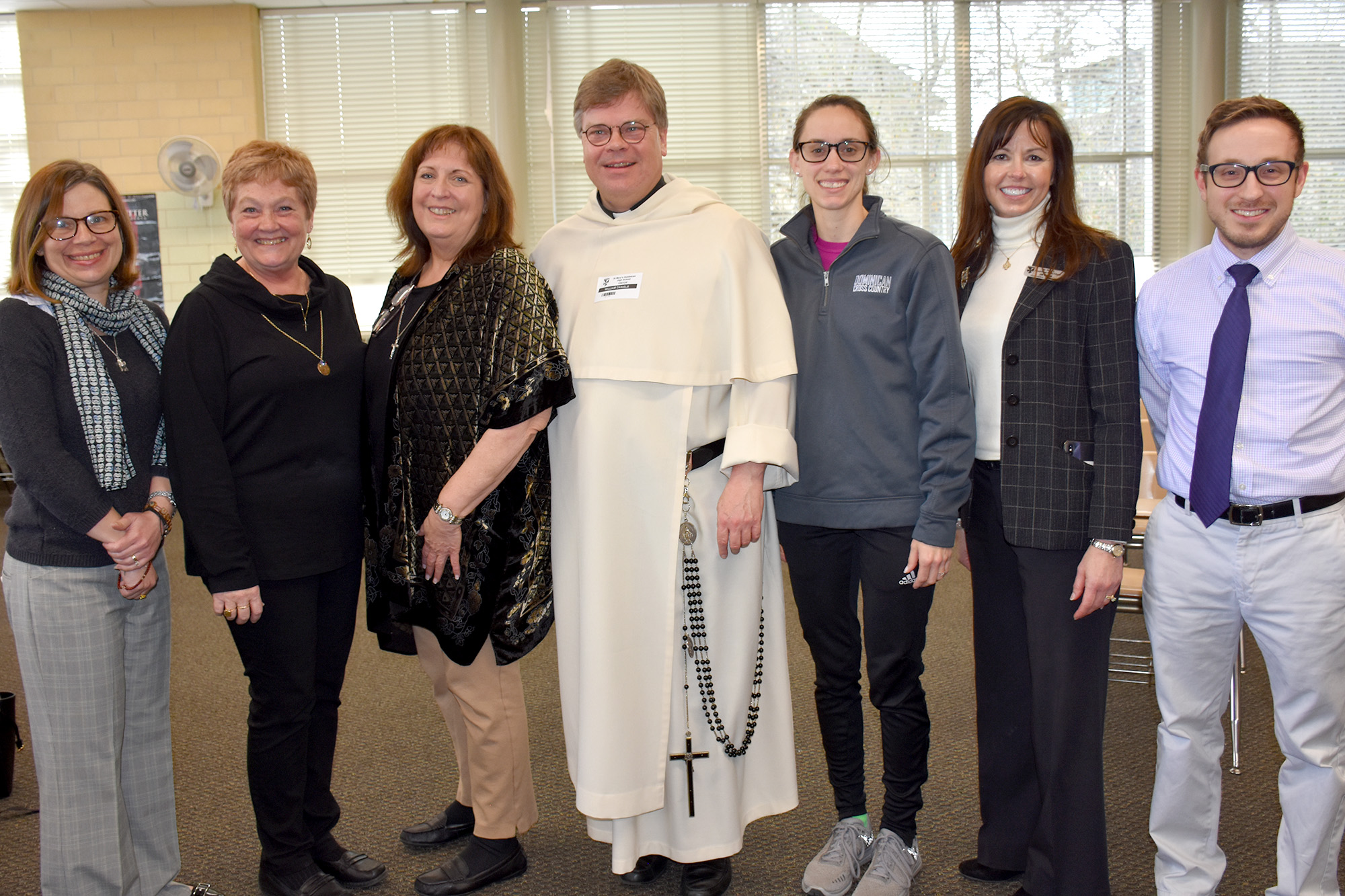