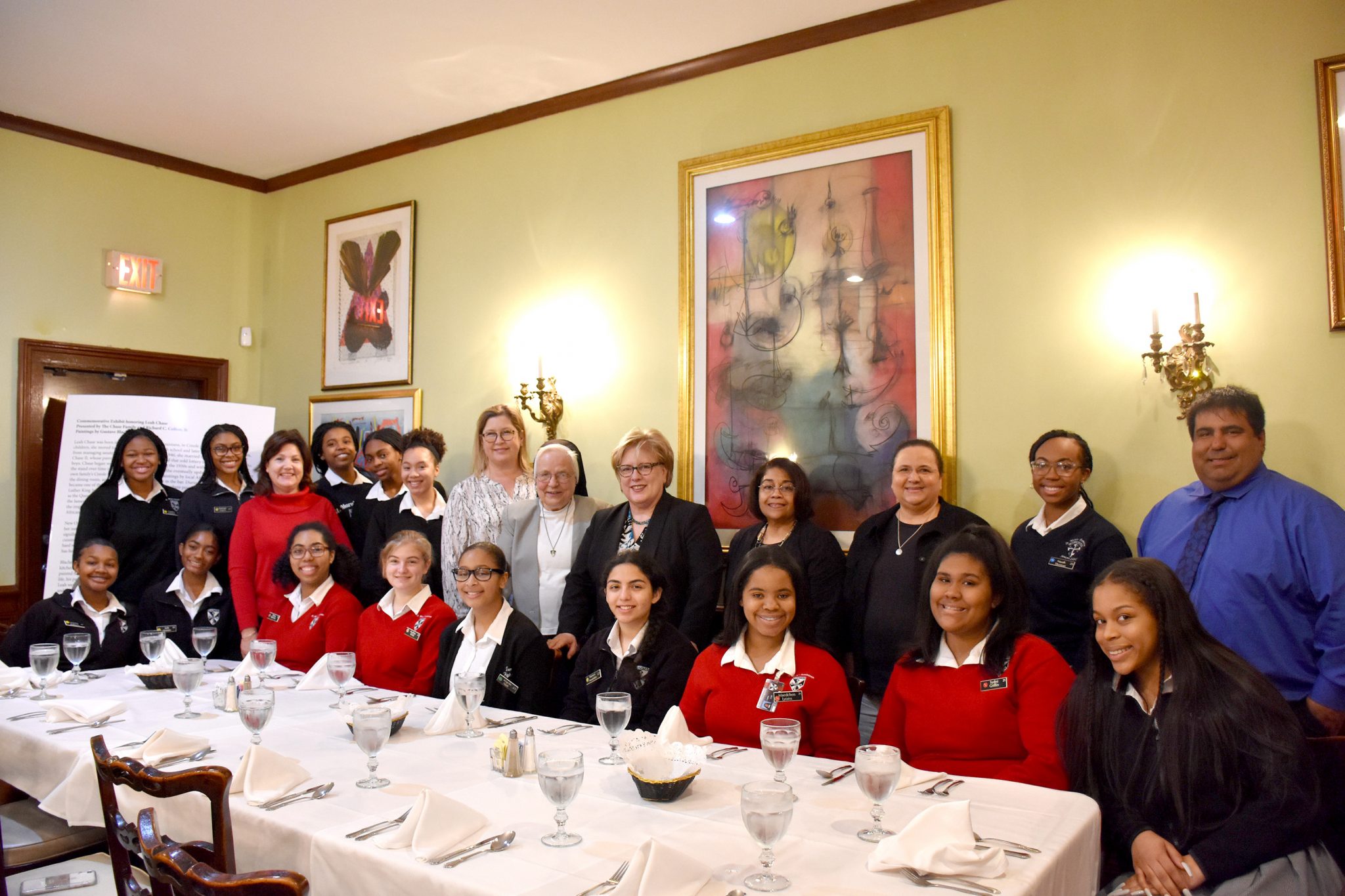 Lunch and history were on the menu when students in St. Mary’s Dominican High School’s Students for Human Dignity and Diversity in Action organization and school administrators visited Dooky Chase’s Restaurant. The restaurant was led for seven decades by world-renowned Chef Leah Chase, known as the Queen of Creole Cuisine. Mrs. Stella Chase Reese, daughter of Mrs. Chase, shared with the students the legacy of her mother who died in June 2019.

During the 1960s, Dooky Chase’s was known as a gathering place among many who participated in the Civil Rights Movement. Before the United States Supreme Court reversed its 1896 decision, Plessy v. Ferguson, Dooky Chase’s was the place for discussing civil and economic rights in the African American community in New Orleans and the country. The restaurant is also home for an extensive African American art collection. In 2018 it was named one of the 40 most important restaurants of the past 40 years by Food & Wine.

Mrs. Chase, a James Beard Award winner, won the 2016 Lifetime Achievement Award and in 2010 was inducted into the James Beard Foundation’s Who’s Who of Food & Beverage in America. She received the lifetime achievement award from the Southern Foodways Alliance in 2000, and Times-Picayune Loving Cup Award in 1997.  The Southern Food and Beverage Museum in New Orleans named a permanent gallery in her honor in 2009. Mrs. Chase received honorary degrees from Tulane University, Dillard University, Our Lady of Holy Cross College, Madonna College,  Loyola University New Orleans, and Johnson & Wales University.