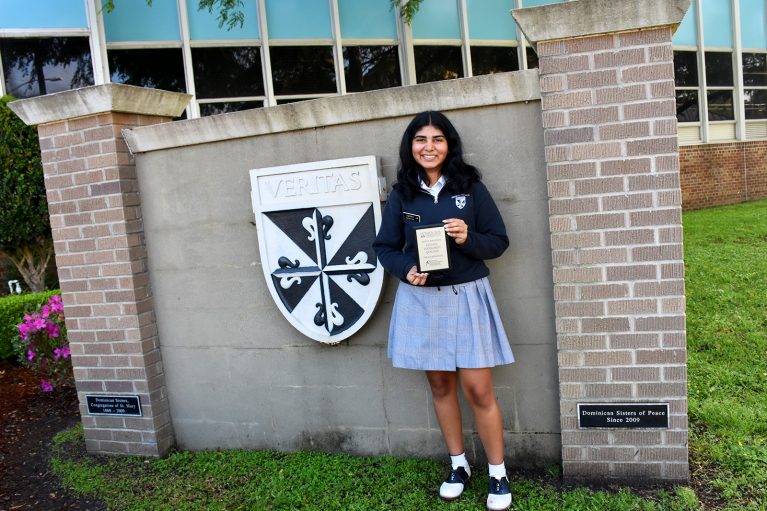 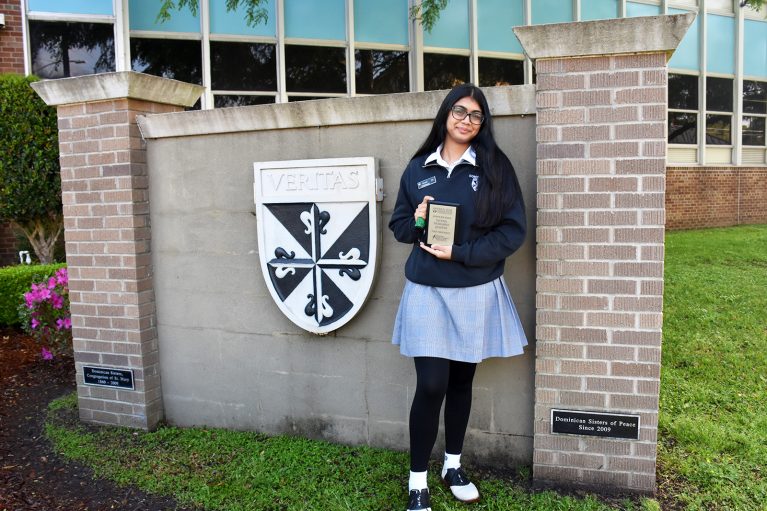 At the March 13 weekend Louisiana District Tournament, the freshmen Public Forum Debate team of Sahithi Koneru and Imad Siddiqui qualified to be one of two teams advancing in their event to the nationals.

At this past weekend’s event, they debated both for and against on the topic, “Resolved: On balance, the benefits of creating the United States Space Force outweigh the harms.” They will compete at the upcoming March 25-27 Louisiana Tournament of Champions.

They also have qualified to represent Louisiana at the National Speech and Debate Tournament that will be online June 13-19. This school year, all the tournaments Dominican attended have been virtual. This is the second year that Sahithi and Imad have been on Dominican’s Speech and Debate team. This is also the first year they were eligible to compete at District events. Dominican coaches are Kristina Plunkett and Andrew Cerise. Moderators are Anna Brannin, Cameron Hahne, and Adam Naquin.