When St. Mary’s Dominican High School student Celeste Patron heard a presentation at a Biotechnology Club meeting by Lake Pontchartrain Basin Foundation (LPBF) Education Coordinator Anne Barrett, the junior was inspired. “The speaker informed us about the huge impact we were having on our lake,” recalled Patron. “She also stressed to us the importance of taking care of the lake and being mindful of what we allow through the storm drains.” 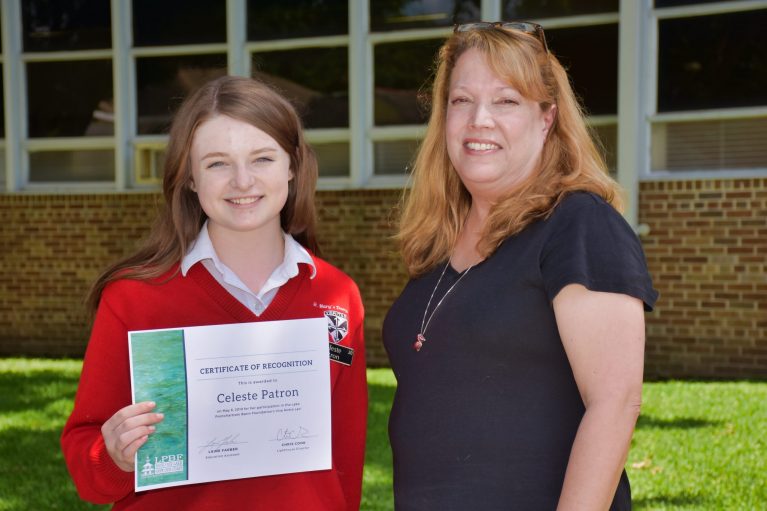 “The program is about New Orleans and its history with water, and looking toward the next 300 years,” explained Koenig. “It also includes the role of storm drains in keeping the city from flooding. The challenge part of the program was to have an art contest for a design that informs the public about the storm drains’ connection to Lake Pontchartrain.” 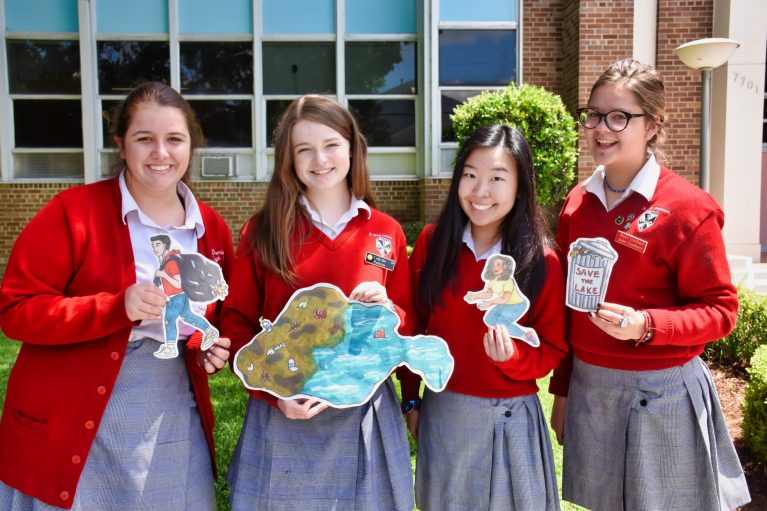 The selected design would become a decal and applied to a storm drain as part of LPBF’s educational efforts to raise public awareness about Lake Pontchartrain. “I thought it would be a great opportunity for a student to have her first art installation be a permanent part of our colorful city,” said Koenig. 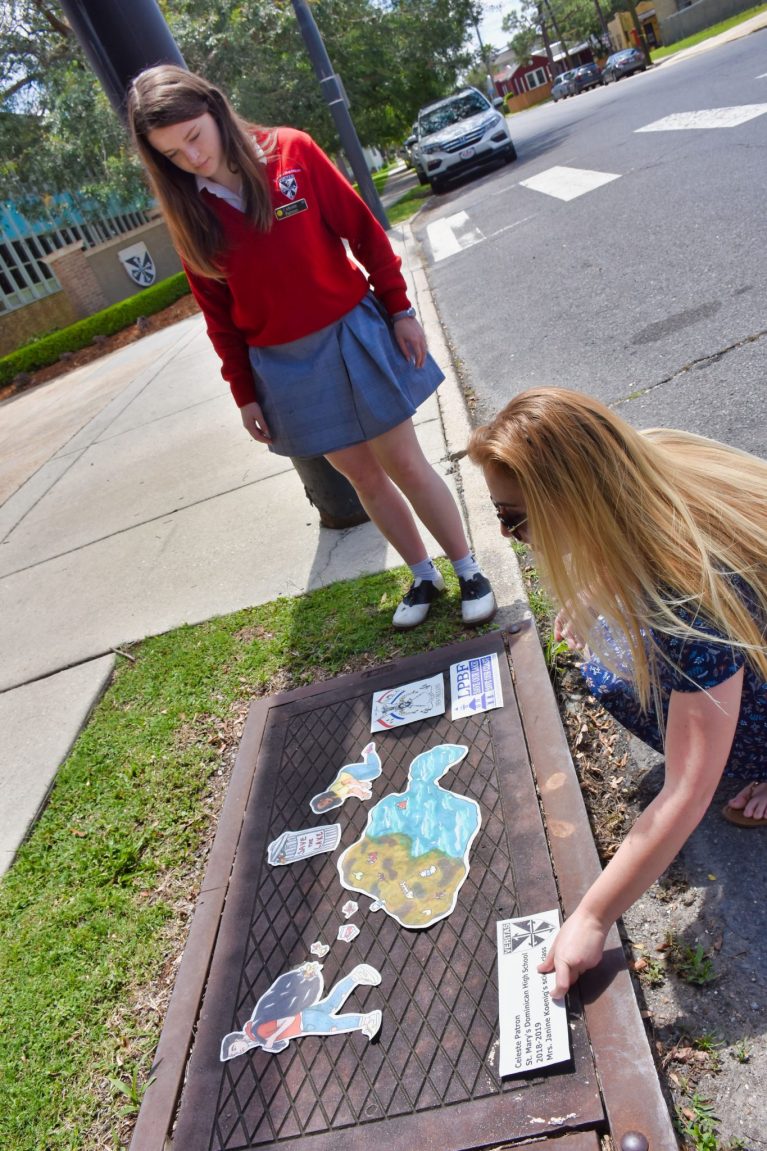 Patron’s artwork is on the Walmsley Street storm drain, in front of the school. It depicts the negative impact humans have on Lake Pontchartrain when they allow trash and waste to flow into it through the storm drains. “The person I drew on the left is dropping his trash straight into the lake, disrupting the ecosystem and wreaking havoc on the biodiversity,” explained the artist. “People in the city often neglect to realize the implications of what goes into the storm drains; anything from trash to leaves to chemicals from your garden can harm the lake. The woman on the right represents what citizens should aspire to be. She knows what will hurt the lake, so she takes the initiative to put trash where it belongs, instead of allowing it to flow into the lake.” 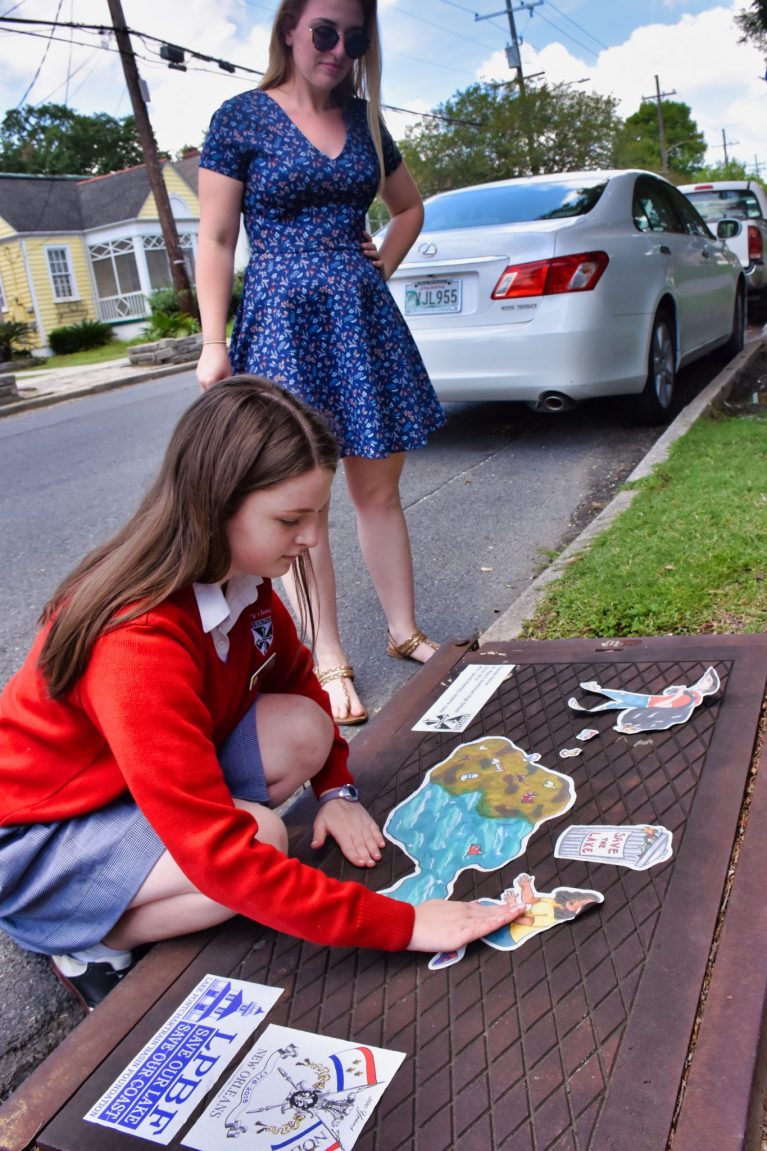 “When I heard that the LPBF was looking for someone to design a decal for storm drains to spread awareness, I knew I wanted to be involved,” Patron said. “I’ve always been passionate about art and science, and to have my work immortalized in the city means a lot to me. It allows me to have an impact on the identity of the city, even if in a small way.” 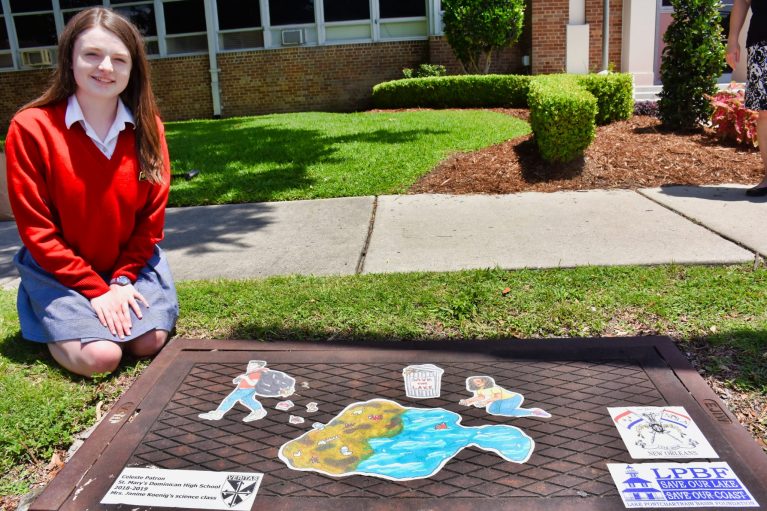